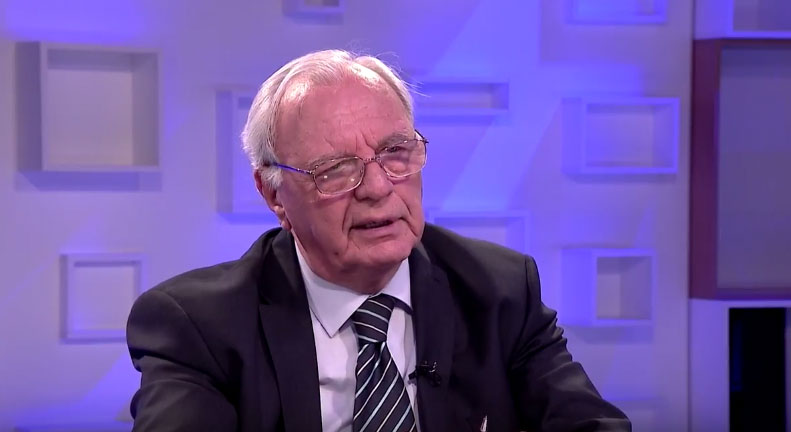 If there is a sincere desire for reconciliation, it can only be accomplished with full amnesty of everyone involved

The so-called reconciliation body found itself in the crosshairs. Not knowing how and what to do, it divided itself into three working groups and decided to invite Zoran Zaev to attend the next session so that he, as the supreme arbiter, could present his views on how to conduct the reconciliation. It means that this body capitulated at its very first session because everything related to this supposed reconciliation body is just a farce.

It is very strange how the eight EU-enlightened and EU-concious members of the body who voted in favor of amending the Constitution have now been left with no ideas and no energy, although they boasted that they gave their vote for a constitutional amendment once they were convinced that their demands would be adopted. And now, nothing. They cannot do anything, because their alleged demands were merely an alibi for the blackmail and shady things they had succumbed to, and now they need cover.

Even if they work hard and consult the highest legal experts, without a full amnesty for everyone involved in the Bloody Thursday events, they cannot do anything without destroying the equality of the citizens before the Constitution, applying selective justice and mixing executive and judicial powers.

After more than 33 people accused of non-existent terrorist threat to the constitutional order of Article 313 of the Criminal Code were in detention for months, and many are still in custody and spend whole days in courtrroomс, which has led to some of them suffering from deterioration in their health, Frosina Remenski is now thinking of suggesting a careful approach and a fair trial. What а hypocrisy?

On the basis of which constitutional or legal provision, Frosina Remenski has been authorized to interfere in the work of the judiciary, when she states that “we can suggest the court to have a careful approach in the area of fair trial, in providing evidence and measuring the guilt of those who took part in the events of 27 April 2017 “. What is this, if not a direct interference in the work of the court and the prosecution? The right to a fair trial, the probative value and individualization of the guilt of each of the defendants are the basic principles of the criminal procedure. Will Frosina Remenski, as Vice-President of the Assembly and co-chair of the working body, suggest this to the court? Who gave her such powers? Does she know that suggesting means a direct influence on the judiciary? If the government of Zoran Zaev wants to erase the embarrassment of the orchestrated case of criminal prosecution for a non-existent serious crime and for the involvement of a group of “EU-conscious” lawmakers from the opposition, it is inevitable that it will propose and pass a law on full amnesty of all persons involved without delay, and the “EU-conscious” MPs to repent. There is no other way to reconcile.

People have already been poisoned, and continue to be poisoned daily only with blackness. Their day virtually starts and ends in the late evening hours only with news and courtroom photos of numerous criminal trials, detentions, police and prison vans, armed police officers, sensations and expectations that are published in all means of public information, in morning or debate shows. An environment of lynching and fear is being created among the people.

Selectivity is the main feature of persecution only of members of one political party. Yesterday criminal charges were also filed against the last mayor of a small municipality from the previous government. How come not a single mayor from DUI or SDSM or other officials from these parties are not subject to criminal prosecution? Selectivity in prosecution is dangerous and presents great injustice that leads to the rule of law.

There is a feeling of hate among the people and it is constantly deepening. People argue, brother and brother, neighbors, friends, colleagues at work, friendships end, and everything in this poisoned environment is made for political reasons. Successful economic entities are being destroyed. Is time coming when the pigs in pig farms in Kumanovo ate each other, because there was no one to buy them food. Is time coming when sheep, fish, cows amd other cattle die and milk is thrown and there is danger of the collected grains rotting in the silos because there is an objective inability to procure food for the cattle and run normal economic process? The time has come for the attackers to distroy the last largest agricultural plant Pelagonija, the time to lay off hundreds and thousands of workers, a time known for the turbulent criminal transition? Does anyone take care of all of this? Obviously nobody does. What will the people live on if the economy collapses, will they live on the images of the criminal court? The normal functioning of the institutions in exercising their powers gets a strong image of revanchism and ruinism, and not the rule of law.

Where did all this lead us and will lead us? Who benefits from what is being done? Only the foes of Macedonia are satisfied. It is a tested scheme to destroy the state. It must stop, because nobody benefits from it.

The responsibility lies with all political subjects, espacially those in power and the Government. The Government is obliged to return, not to prolong what people have lost and to secure the peaceful life of the citizens. Ruling by force and revanchism brings only accidents.

Come around while there is still time. But I’m afraid it’s too late.

If the court decides impartially

The year in which we defeated ourselves

Out of 1,593 COVID-19 tests carried out in Macedonia in the past 24 hours, 590 new cases were registered, including 142 reinfections, and two patients passed away, the Health Ministry said on Tuesday. Since the outbreak of the epidemic, Macedonia has registered 336,041 confirmed coronavirus cases. The...
Economy 16.08.22 | 11:31