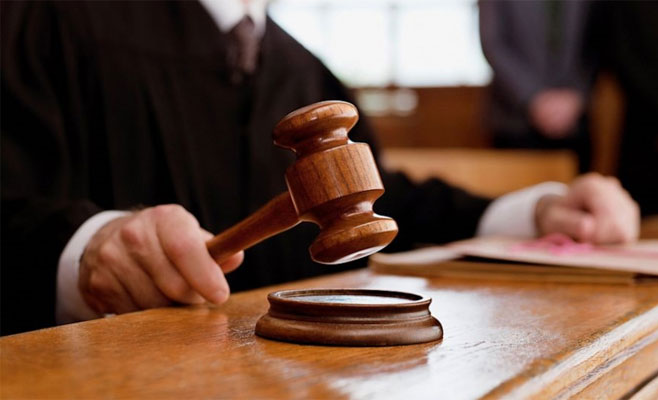 The legal system is a reflection of a state. All segments of a society depend on the legal system, which is connected to the political system of the state, meaning the form of the state, to the financial relations, to the security provisions, political action, civic action, trade, transport, health, agriculture and everything else you can imagine in a state is in some way related to the judicial system. It is the foundation. If the foundation is solid, built of quality material and made in accordance with all construction regulations and one is careful not to undermine it, then that building will last for centuries. If the foundation is rugged, shallow, with fake material and is undermined every year due to some kind of extension, the building will fall in the weakest earthquake of magnitude 1 on the Richter Scale. There, it is so simple to understand the importance of the legal system in the state.

The Macedonian judiciary, which Prime Minister Zaev said he “had opened like a flower bud” is opened in the true sense, the government is open to doing whatever it wants. Our country stands on an open foundation.

In the past period, we heard all sorts of things about the situation with the judges and prosecutors in Macedonia and we realized one thing – they have thrown so many years of education in vain because the charges and judgments are politically-motivated. No, seriously, why did these people study at all? Why did they wast time, effort and financial resources to shape their education and to respond professionally to the requirements set by their profession? There was such an example immediately after the end of World War II when the new Communist authorities saw all intelligent people in Macedonia as the enemy, so after dealing with all then educated lawyers there was no one to fill in the judge seat in the courtroom. There are countless cases where the position was filled by people with only primary education, the excuse was that they had no staff because the educated ones were breaking stones in some cell or were isolated. And in that system, there wasn’t really a need for many educated judges, only a person who could read the verdict written in the LCM Central Committee before the defendant was needed. On a layman like me can see today’s situation in the judiciary like the one after the war and “Happy New Year 2019” like “Happy New Year 1949”.

But since I am not competent to talk about the judiciary, and not to be part of the know-all experts in our society, there is another thing that came to my attention and which can be noticed by every person, even a layman like myself. It is the whole lawyer’s club.

Today, in Macedonia, it is a common practice for clients asking their lawyers “Are we going to win the case?” to get answers like “if the court decides impartially and professionally you will win it because you have excellent arguments”, and it is a total failure for a system. What is even worse is when a lawyer says to his client “but you know that there will not be an objective trial for your case because the case itself is against the policy of the government,” and this is already a breakdown of the system.

This also applies to marginal cases as defamation, insult and the like, for bigger cases, you better do not hire a lawyer, you will only waste money, and you will be convicted anyway.

Today in Macedonia if you are the worst lawyer with the most lost cases and if you represent a client whose claims are in correlation with the government, you don’t have to build a defence and gather evidence, sit still, you will certainly win the case. But if you are one of the best lawyers, with many years of work experience, hard work and results, and you represent a client whose claims are contrary to the current policy of the government, even if you make the best possible defence, provide the best evidence for your client, do everything best that a successful lawyer can do, still you will lose in court, or more precisely, you will be a victim of your client who is a victim of their views that are contrary to those of the authorities.

It is questionable whether in Macedonia it is worth investing yourself in the profession that you know how to do your job, which you love and which you feel superior in, or there is no point in doing it.

When we all know that the foundation of the state, or more precisely the legal system, is completely ruined and undermined, we should not be surprised why almost nothing functions in Macedonia. Each institution is founded by an act, a legal act, if something is rotten in its foundation then how can you expect results from it.

Srbov: It is necessary to have parliamentary elections and a new government that will address the economic and energy crisis