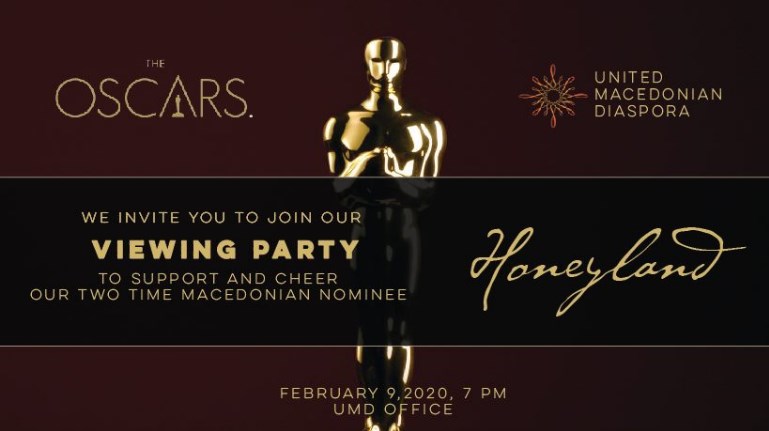 The United Macedonian Diaspora, one of the largest Macedonian organizations in the United States, is organizing an event in Washington DC on Oscars night in support of Macedonian documentary “Honeyland” Oscar nomination.

Please join us in support and to cheer on Oscars Nominee Macedonian documentary Honeyland who made Oscars history by being the first-ever documentary to be nominated in two categories! This is one event you don’t want to miss! We’ll have Macedonian wines (by Stobi and Balkan Wine Project) and appetizers throughout the night. A special Galichnik Wedding Festival exhibit will be displayed by Dejan Stankovski. This day has traditionally been going on for hundreds of years in the village of Galichnik, Macedonia. Photos are available for sale; a portion of the proceeds will be donated to UMD, reads UMD’s statement.

Mr. Zaev should say where were the services that failed to detect the sick or not sick Mijalkov, university professor Ljubomir Cuculovski said on the “Samo intervju” show on TV Kanal 5, adding that these are little strange and confusing things. He says that according to the video we could...
Macedonia 26.02.21 | 21:40

Discord in DUI: Ahmeti asked to remove Grubi and Osmani from the party and the Government