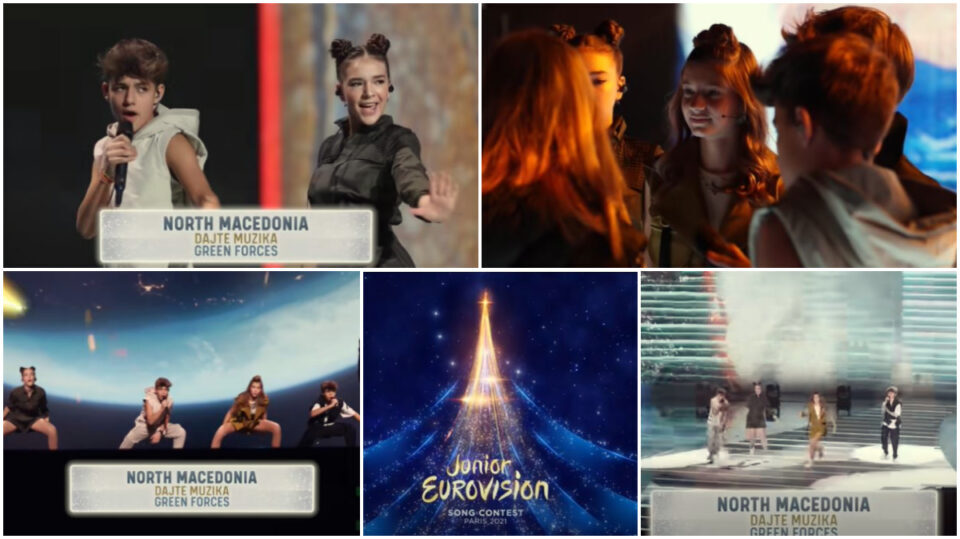 MRT is broadcasting live from the Junior Eurovision Song Contest in Paris which started,at 4 p.m.

Kristina, Anastasija, Miha and Filip, the teenagers from the popular TV show “Dajte Muzika” on MRT, will represent Macedonia with the song “Green forces”. These days they have already had their first rehearsal on the Eurovision stage, and the reactions to the song, whose authors are Robert Bilbilov, who wrote the music, and Robin Zimbakov, who wrote the lyrics, are great.

Artists from 19 countries will compete, and our country’s representatives will be the penultimate. The winner this year, as well as the previous ones, will be chosen by the audience and the expert jury.

In the contest we can vote for our representatives on the web platform JuniorEurovision.tv after the end of the show.