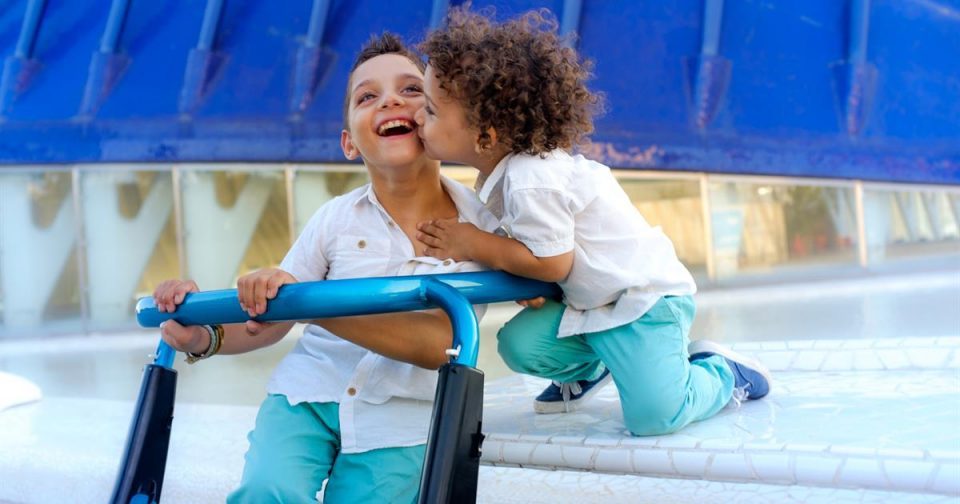 Children offended by the communities. Children harassed! Parents, grandparents holding hands with their children or grandchildren as if children with autism, cerebral palsy, or any other disability is contagious… Children rejected from both public and private kindergartens! Children who have been denied the right to be on the playground just because other children were disturbed by the presence of a slightly different friend! Children whose parents are left alone! Parents torn between whether to sit at home and take care of the child or to go to work to earn money for the necessary therapies and treatments ?! Million questions, million discriminations! Parents discriminated against by society, parents who are undesirable in the market with their child, undesirable in a restaurant, undesirable in a park, undesirable on the street! After all, they are proud parents of their children.

Even if I could turn back time I love my son as he is, with all his flaws, with all his qualities! I am a proud parent of my disabled child! Yes, my child is special!, says a mother, whose child is diagnosed with mild cerebral palsy.

She asks if she and all the other parents held a parade across the streets of Skopje, all those ministers and politicians who paraded at the Pride Parade that was recently held will come. Should everyone take to the streets and raise their voices for their diversity so that someone realizes that they exist, she asks.

Independence Day non-working for all citizens