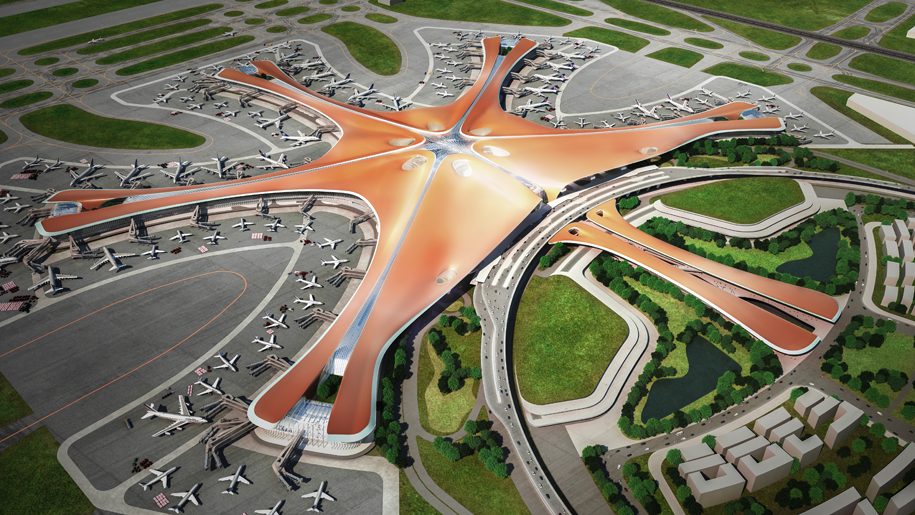 China has opened a vast, multibillion-dollar airport in the country’s capital, in the run-up to a major political anniversary, Guardian reported.

Less than five years after construction began, the 450bn yuan (£50bn) Daxing international airport was officially opened on Wednesday in a ceremony attended by the Chinese leader, Xi Jinping.

China is preparing to celebrate its National Day on 1 October, marking 70 years since the founding of the People’s Republic of China, against the backdrop of unrest in Hong Kong and a flagging economy.

The new mega-airport, the second in Beijing, was designed by the late architect Zaha Hadid in the shape of a starfish with five connected concourses. It is said to be the world’s largest single-building airport terminal. At 700,000 sq metres, with four runways, it is expected to be able to handle 72 million passengers a year by 2025. By 2040, the airport is expected to expand to eight runways and accommodate 100 million passengers a year.

Officials have been showing off the sleek new airport for the past year, hosting tours of the space, which is to include customer-service robots to deliver flight information and facial recognition-enabled check-in.

Critics have questioned the need for a second airport in the capital, especially one that is almost twice the distance from the city centre as the existing airport.

Skopje airport closed for landings due to heavy fog

Zaev was not on the plane as it developed a technical issue, pilot managed to land safely in Skopje

Kocani- most polluted city in Macedonia this morning

Weather will be sunny and slightly overcast