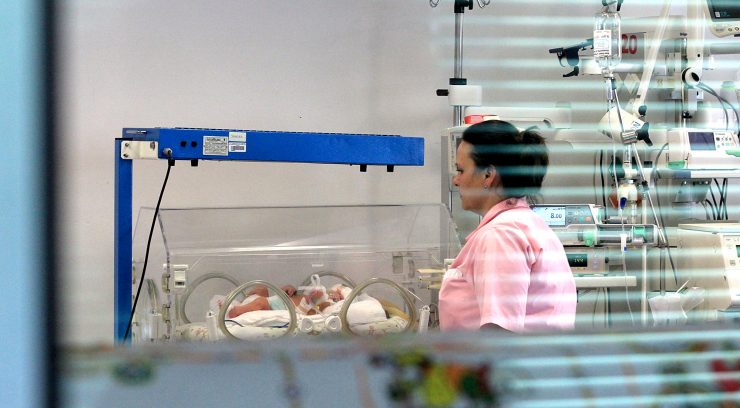 Many women are scared to speak out about their treatment at the hands of medical professionals as they give birth, Guardian wrote.

When I had my first baby by caesarean section, I woke up on the operating table. The pain was so extreme as they were cutting me open that as I was regaining consciousness my first thought was that I had gone to hell, and was being tortured. The pain was accompanied by a loud beating in my head. When I became more conscious, I realised that I had not been given enough anaesthetic, but I was paralysed and there were tubes in my mouth. Then I heard them say in German – because I was in eastern Berlin only a few years after the wall had come down – “She can have everything now.” Mercifully, I passed out. When I woke, I tried to say something in my faltering German. But they patted my hand, got my husband to show me my baby and pretended they hadn’t understood.

No one ever mentioned it. And when I tried to ask, it was waved away. I was expected to forget what had happened, look after my baby and get physically better.

My experience was not unique. Women all over the world are still being told to shut up, get on with it and be grateful they are safe and have a baby, regardless of any pain or abuse they suffer in the labour ward or in the operating theatre. Many suffer as a result with postpartum depression and panic attacks. And then they don’t talk about it.

In Russia, doulas – professionals trained in providing emotional and educational support to women – have launched a hashtag, #violence_in_obstetrics, on the social network VK after the success of the Russian #IAmNotAfraidToSpeak campaign, in which thousands of women across Russia and Ukraine talked about their experience of sexual abuse.

In the first two months of launching #violence_in_obstetrics, the doulas collected up to 70 stories a day from women who had been abused in Russian hospitals.

Zlata Ivanova, who spoke to Index on Censorship magazine, said she went through several painful pelvic examinations that made her bleed; an on-call doctor told her off for arriving too early; and she had to crawl on all fours to the foetal monitoring procedure room two floors up while having painful contractions.

She then lay on a rubber sheet for 16 hours, in a room with seven other women, writhing in agony while nurses screamed at them. Without her consent she was put on an oxytocin drip and the doctors broke her waters to speed up the process. After she had had the baby, three interns stitched up a tear in her vagina without anaesthetic.

Her experience was in Novosibirsk, but it is rare to find a woman who has had more than one baby in hospital anywhere in the world who has not suffered some kind of experience that feels like abuse, be it a male doctor putting fingers inside her to feel the baby without her consent, to being shouted at and blamed either for her crying baby or for complaining about pain.

I am white and I was shouted at in a London hospital when my baby was crying. Although the nice woman from La Leche League had been round in the day to help with breastfeeding, at 2am the over-worked agency nurse yelled at me that I was incapable of producing milk and would I please stuff a bottle in her mouth because I was waking everyone up.

If you don’t speak the language of the nurses and doctors caring for you, or are from an ethnic-minority background, the chances are that you will get worse care. Research in the UK shows that women do not get interpreters and that some hospital staff are not respectful to women when they disagree with them.

This silencing of women can also lead to death.

Guardian: Brexit could be delayed until 2021