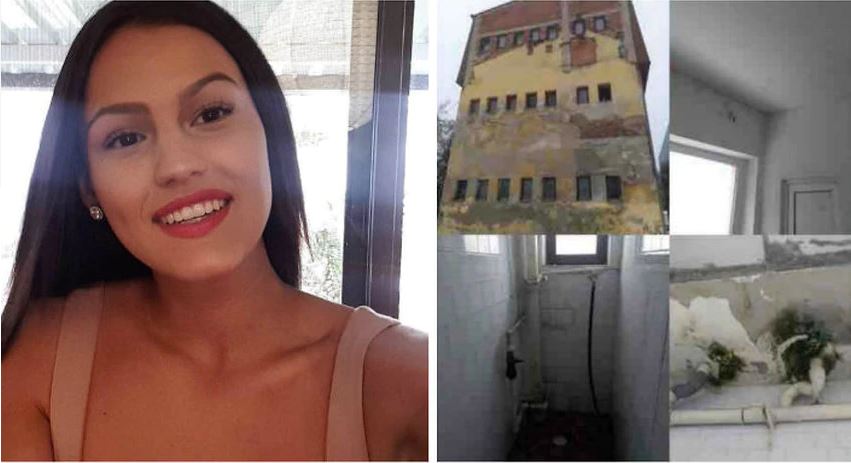 That actions speak louder than words is definitely true in Madison Ristevski’s case, a 16-year-old student from Wollongong and fourth-generation Macedonian-Australian, sbs.com.au writes.

As part of her studies at Illawarra Grammar School, Madison Ristevski was tasked with to completing a community project to make the world a better place.

Rather than paying lip-service to improving the world, Madison raised thousands to refurbish a down-trodden school in North Macedonia, having visited the country many times.

“I have come to realise that we are blessed to live in Australia, a country where health, education, democracy and quality of life are considered some of the best in the world,” says Madison of her project’s inspiration.

On one of her visits to Macedonia, she spent a day at the Medical Public School in Bitola. Madison had expected it to be an exciting first-hand experience of the life of a student in a key educational institution, but was surprised to find the school’s facilities in a state of disrepair.

“The walls and ceilings of their educational facility were covered in mould. The toilets were either broken, leaked or didn’t flush correctly and an unpleasant smell was noticeable from the moment you walked in,” she recalls of the situation that turned out to be a revelation for this Australian teenager.

Moved by the dismal conditions in which her Macedonian peers studied, Madison decided to initiate a fundraising project and help renovate the rundown toilets at the school. Initially she set out to raise $32,000, an amount sufficient to refurbish all the school’s restrooms.

Using an online crowdfunding platform she set her project up and made her appeal to people worldwide.

“My experience is that children learn from home, community and country. If there is little inspiration at home, a depressed community and a host of complex problems facing a country, then where do the children go to grow, prosper and chase their dreams?,” Madison wrote on the appeal, asking people to donate to her cause.

In only four months she motivated people from Australia, New Zealand, China, Philippines, Malta, Canada and USA to donate for her cause, raising $37,710, well above her initial target.

“There were donations ranging from $11 to $3,000 that came from many different sides and many of them from people who had not even heard of Bitola before, but who were generous and were willing to help regardless,” says Madison.

Inspired by her success she decided to go a step further, allocating the extra money she managed to raise to rendering and painting the graffiti-ridden and damaged external walls of the school.

The conditions her Macedonian peers were faced each day saw the 16-year-old reflect on the complexity of underdeveloped countries.

“I learnt that those issues are complex – a mixture of political, social, cultural and financial factors that complicate simple things that we in developed nations take for granted.

“This coupled with a complicated history made me understand that what first appeared simple, was in fact, anything but.”

Madison says she hopes she can inspire other students by sending a message that every goal is achievable with great determination and a little hard work.