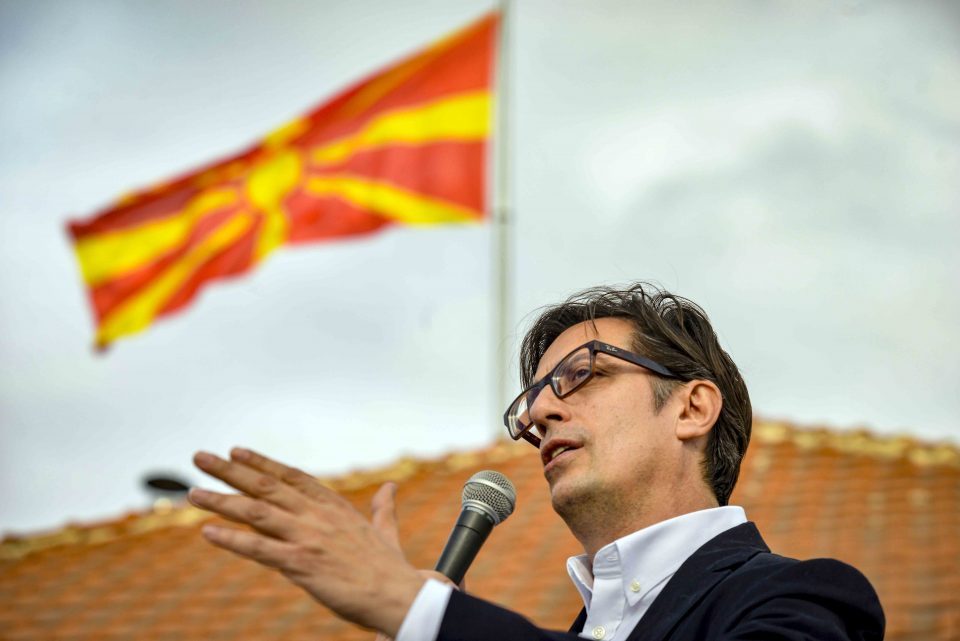 SDSM – DUI presidential candidate Stevo Pendarovski was repentant today, after his poor showing in the first round of the elections.

We understand the message the citizens sent us. That message is that some of them are not satisfied with certain economic issues, with unresolved local issues. I have political parties supporting me and maybe the dissatisfaction is due to something the citizens expected from the parties and they didn’t deliver. I’m not surprised by the result and the polls indicated it might happen, but I still hope that the voters will recognize my concept and support me in the second round, said Pendarovski.

He technically won the first round, but within several decimal points ahead of VMRO-DPMNE candidate Gordana Siljanovska – Davkova. While VMRO performed at about the same level as in the 2017 municipal elections – elections which SDSM won in a landslide – the ruling parties lost huge chunks of their electorate in a year and half. The result is especially disappointing for Pendarovski given that he was supported by the largest ethnic Albanian party DUI, giving VMRO right to brag that it played against two major opponents and got them to a draw, even with the huge home field advantage SDSM and DUI enjoy with the state apparatus and judiciary behind them.

The exceptionally low turnout in ethnic Albanian districts raised issues whether DUI is willing, or even able, to deliver for Pendarovski.

I can’t say whether some of our coalition partners did their jobs or not. That requires a deeper analysis. We had difficult political decisions to make: the treaty with Greece, the treaty with Bulgaria, the law on the use of languages. They were not popular with the citizens and that influenced the vote. But we had to do it for the sake of the European path of the country, Pendarovski explained himself.

Pendarovski managed to underperform compared to his failed 2014 presidential run, even with DUI and a number of other smaller, ethnic minority parties behind him. Turnout was dismal overall, barely reaching the 40 percent needed to declare the elections valid in the second round. This is the first solo presidential elections Macedonia has held in a while – usually the vote is paired with municipal or early general elections. The last time it was tried was in 2004, after the tragic death of President Boris Trajkovski, who had Pendarovski as his adviser. Pendarovski went on to lead the State Electoral Commission in a vote that remained known for high levels of ballot stuffing in the Albanian districts which helped reach the then required 50 percent turnout and elected SDSM leader Branko Crvenkovski as President. (Crvenkovski later also appointed Pendarovski as his adviser).

VMRO responded to Pendarovski’s statement with a press release.

The wave of change is moving. Macedonia demands rule of law and justice. The citizens showed courage and determination to build a beter future for themselves. Zaev and Pendarovski lost and they know it. Gordana Siljanovska – Davkova is the candidate who unites the country, can lead us to a better future and guarantees respect for the Constitution and the laws. Zaev and Pendarovski will receive the final verdict from the people on May 5th, the oppositon party said.