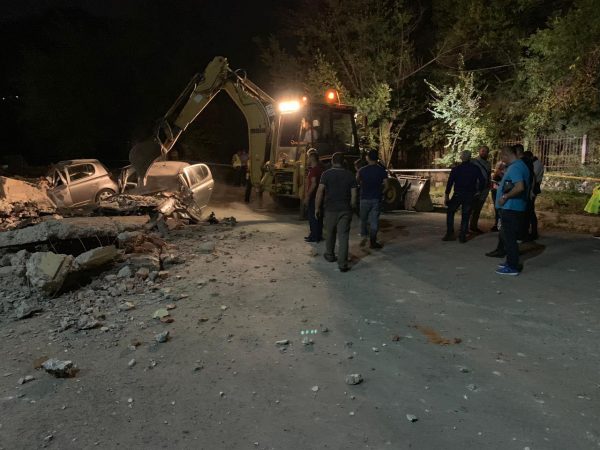 A series of earthquakes jolted Albania on Saturday, leaving scores injured and unleashing panic as people scrambled to safety.

The shqiptarja.com news website reported that at least 108 people had been injured in the series of quakes, citing medical facilities.

The Health Ministry said earlier that 68 people were injured, 21 of whom had to receive hospital treatment. Most escaped with minor injuries.

The strongest quake was registered shortly after 4 pm (1400 GMT) with an epicentre not far from the Cape of Rodon, about 60 kilometres north-west of the capital Tirana, the Defence Ministry said.

With a magnitude of 5.8, it was the Balkan country’s strongest earthquake in decades, according to the ministry.

The US Geological Survey (USGS) had put the magnitude at 5.6. Three further quakes followed with magnitudes of 5.1, 4.7 and 4.8. The latest was recorded shortly after midnight.

Local media reported scenes of panic in the nearby coastal city of Durres and in Tirana, with people rushing out onto the streets.

The local administration in Tirana stressed that emergency-response teams were deployed throughout the city to help the public.

Images shared online showed significant damage to buildings in the capital, with small piles of bricks and other rubble lying on the ground. Some cars were destroyed by falling rubble.

Health Minister Ogerta Manastirliu posted pictures on Twitter of her visit to a trauma clinic in Durres. She said she did not see any grave injuries, the ATA state news agency reported.

The quake could be felt in neighbouring Montenegro and Macedonia, reports in the two countries said.