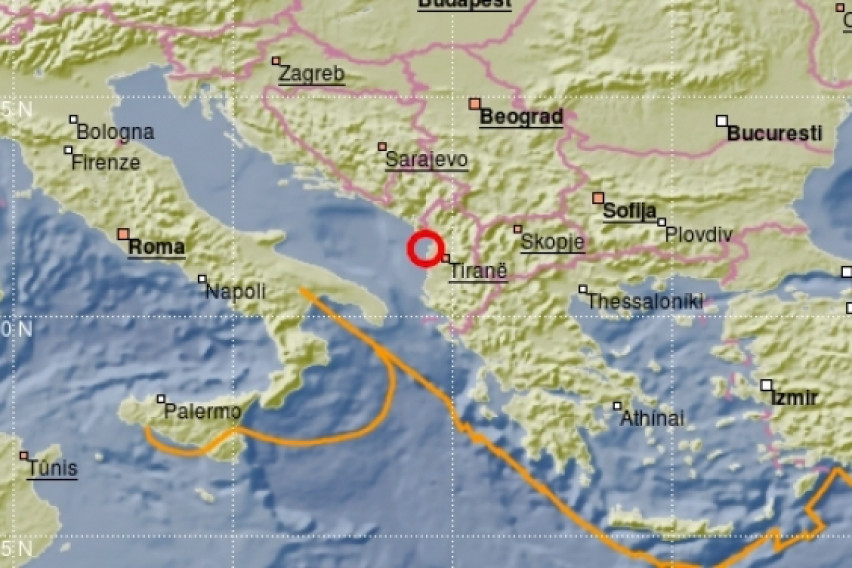 A 4.9 magnitude earthquake shook Albania on Tuesday, causing people in the capital of Tirana to pour out of their apartments. Preliminary reports said there were no damage or injuries, New York Times reported.

The Defense Ministry said the quake at 9:15 p.m. (2015 GMT) was centered 34 kilometers (20 miles) northwest of Tirana at a depth of seven kilometers (four miles), according to Albania’s Institute of Geosciences, Energy, Water and Environment.

The European-Mediterranean Seismological Centre reported it as a 5 magnitude quake.

The tremor was followed with milder shakes that are part of seismic activity since a 6.4 magnitude earthquake hit in the same area Nov. 26, killing 51 people and leaving some 15,000 homeless.

The European Union has schedule a donors’ conference for Feb. 17 seeking to raise money for Albania’s reconstruction efforts.