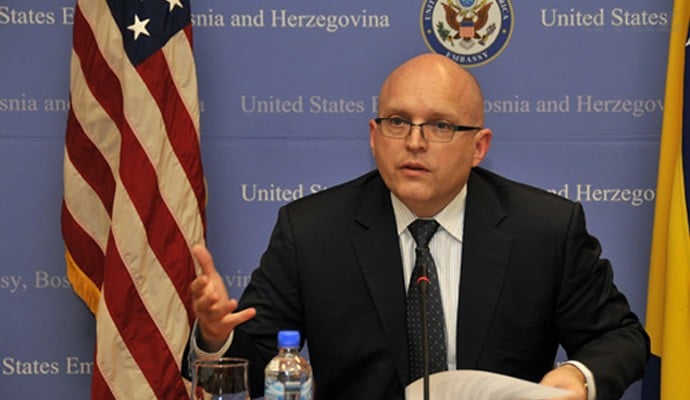 US Acting Deputy Assistant Secretary of State Philip Reeker is in Brussels for meetings with EU envoy Miroslav Lajcak, over the dispute between Kosovo and Serbia.

The US were caught flat footed when the summit between the two countries they were organizing without much coordination with the EU collapsed with a carefully timed war crimes charge against Kosovan President Hashim Thaci. Thaci was forced to return to Kosovo mid flight and the talks, that were rumored to include territory swaps, fell through. Now the EU is having a try at the issue, and Reeker said that he is coordinating with Lajcak. He insisted that the US approach, initiated by President Trump’s trusted diplomat Richard Grenell, continues to focus on developing the economies and exchange between Serbia and Kosovo.