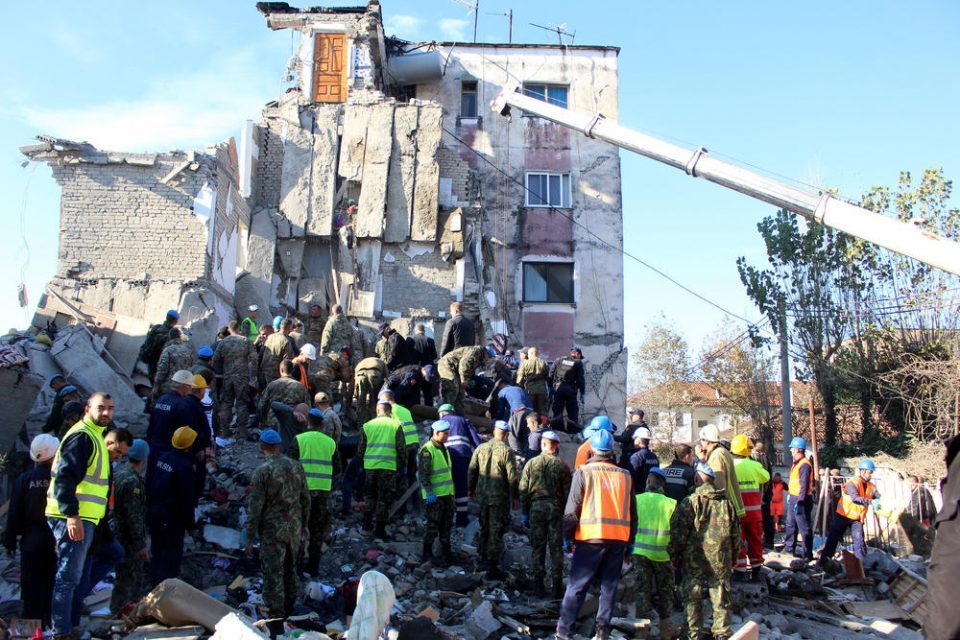 Nine people have been arrested in Albania on suspicion of murder and abuse of power over the collapse of buildings in last month’s earthquake, BBC reported.

Two of those arrested on murder charges owned hotels that collapsed in the city of Durres, one of the areas worst hit.

Both hotels had been built illegally and one of them had also been irregularly legalised, police said. Illegal construction has been rife in Albania since the fall of communism in 1990.

The tremor, the strongest to hit the country in decades, struck in the early hours of the morning on 26 November as most people were asleep. More than 14,000 people were left homeless.

In total, prosecutors issued 17 arrest warrants for builders, engineers and officials suspected of breaching safety standards. Eight of the suspects are still being sought and police said some had fled the country after the earthquake.

More than 14,000 buildings were damaged and engineers were still determining which ones are structurally safe, AP news agency reports.

After the fall of communism in the early 1990s, many residents moved to cities, where construction was made with little government supervision. Many of the buildings have been legalised since then.

Pendarovski: Every July 26, we remember the earthquake that claimed over 1,000 lives