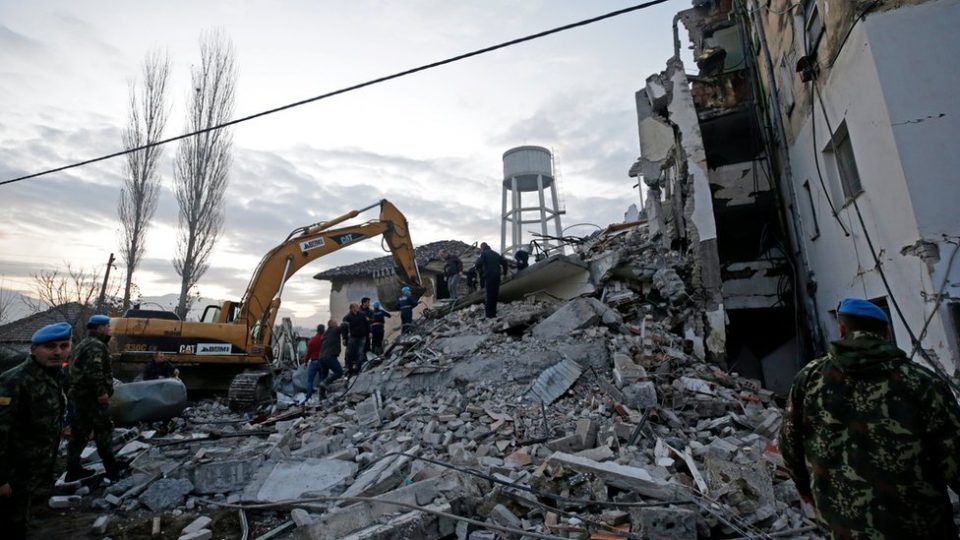 Rescue crews used excavators to search for survivors trapped in toppled apartment buildings on Tuesday after a powerful pre-dawn earthquake in Albania killed at least 14 people and injured more than 600.

The 6.4 magnitude quake was felt across the southern Balkans and was followed by multiple aftershocks. In nearby Bosnia, another temblor with a preliminary magnitude of 5.4 struck southeast of the capital and rattled Sarajevo. There were no immediate reports of casualties and only minor damage in that earthquake.

The quake in Albania collapsed at least three apartment buildings while people slept, and rescue crews were working to free people believed trapped. There was no indication as to how many people might still be buried in the rubble.