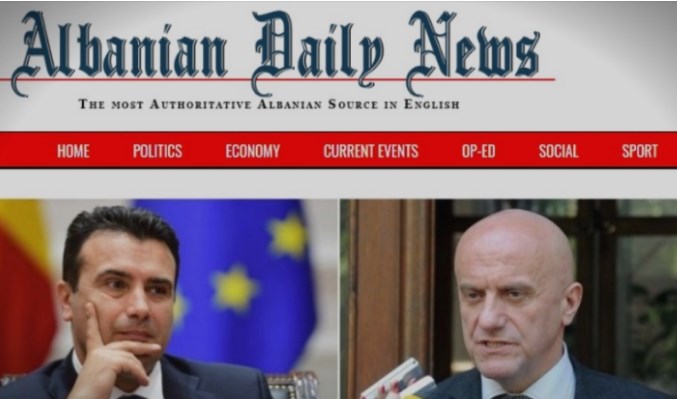 Albanian media outlets are reporting on the scandalous deal to allow the controversial Montenegrin businessman Miodrag Davidovic – Daka in on a major real-estate development in Tetovo. The deal, approved by the two ruling parties in Macedonia, SDSM and DUI, would produce huge profits for Daka, of up to 200 million EUR, after he apparently paid bribes to get close to the Government and promised more to follow once the deal is approved.

While declaring their support for EU and NATO, Zaev and Ahmeti enable businesses whose profits are used to topple democratic governments across the region

Albanian Daily News carries the report by Republika on the scandal, which was revealed over the weekend by VMRO-DPMNE Vice President Aleksandar Nikoloski. Nikoloski provided the new urban plans for Tetovo, approved just one day after the renewal of the SDSM – DUI led Government, that allow Daka to build a huge complex at the site of the former SIK Jelak factory. Nikoloski warned that the businessman is well known for his support of pro-Russian, anti-Western politicians in Montenegro and throughout the region and cautioned that the profits SDSM and DUI are lining up for him will go to similar political causes. 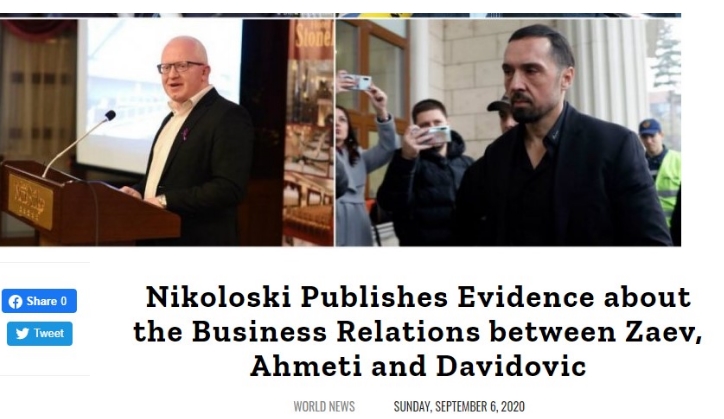 Top Albanian newspaper reports on the scandal revealed by Nikoloski