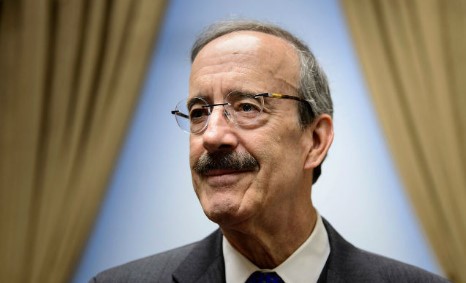 US Democratic congressman Eliot Engel accused the Trump administration of organizing the removal of the Albin Kurti Government in Kosovo. Engel, who is a long standing supporter of the Albanian nationalist cause in D.C. said that he has been “increasingly concerned with the heavy-handed tactics the Trump Administration is using with Prishtina”.

This Administration turned to economic penalties just a few short weeks after the Kurti government took office. Rather than letting a new government facing a pandemic staff its agencies and set up internal procedures, the U.S. contributed to a political crisis in Prishtina over the tariffs on Serbia.. Rather than using overbearing tactics with a friend which relies on our support, the United States should have patiently worked with the now-outgoing Kosovo government—as it sought to work with the previous Kosovo government—to improve policies which promote prosperity and a lasting peace. Strong-arming a small democracy is the act of a bully, not a mature partner. Regardless, I will continue to work with whatever government the people of Kosovo select now and in the future, Engel said.

Kurti was pushed out of the Government after a series of openly critical comments from US Balkan envoy Richard Grenell. France and Germany came to support of his Government, but he was voted out earlier this week. Kurti allies are warning that this may lead to a renewed push to redraw Kosovo’s border with Serbia.