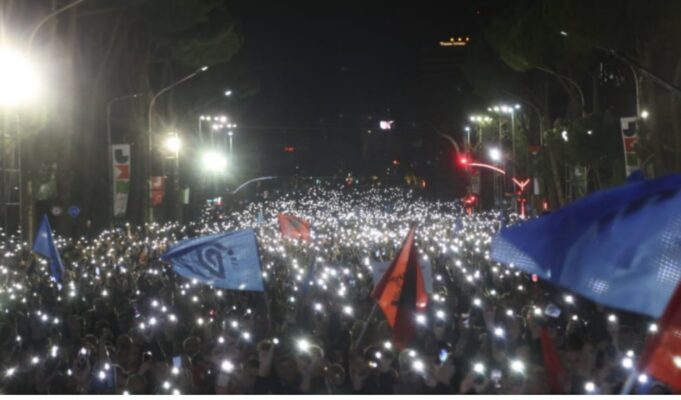 Thousands of people have gone onto the streets of Tirana to demonstrate against the ruling Socialist Party of Albania (PS) headed by long-serving Prime Minister Edi Rama.

The demonstration in front of the parliamentary buildings took place late on Saturday and went off peacefully.

Opposition leader Sali Berisha, head of the nationalist Democratic Party (PD), described Rama, who has been in office since 2013, as “an enemy of freedom and the right to vote.” He accused Rama of suppression, electoral fraud and corruption.

The protest was the latest in a series that started in July aimed at toppling Rama’s government. Berisha, 78, was the first president to be elected in free elections in 1992 following the fall of the communist regime.

He then served as prime minister between 2005 and 2013. He led the PD until 2013, before being ousted by Lulzim Basha. In May this year, he returned to lead the party after a power struggle with Basha.