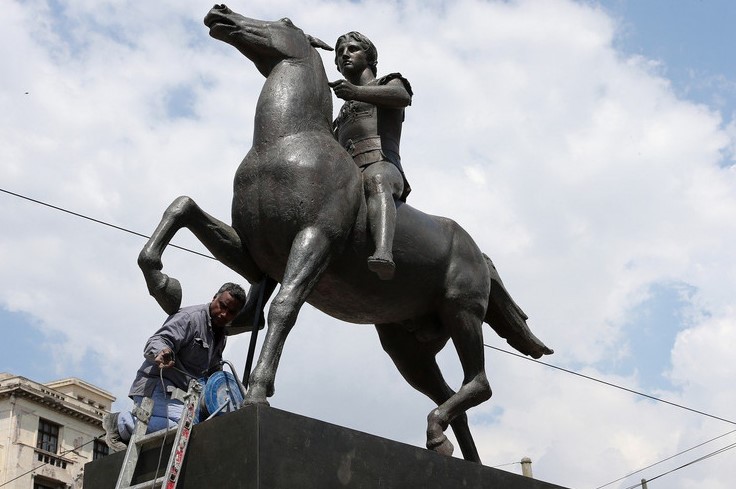 Athens on Friday installed its first Alexander the Great statue, a project mired in bureaucratic delays for nearly three decades.

The 3,50-metre (11.5-foot) equestrian statue of a young Alexander, cast in bronze, was erected in central Athens opposite a statue of Lord Byron.

According to the city of Athens, it was completed in 1972 and acquired by the state in 1992, at a time of intense nationalist feeling over a bitter name dispute with the newly-independent Macedonia.

Athens Mayor Giorgos Kaminis insisted Friday the move had “nothing” to do with the Macedonia name dispute.

“The decision to erect the statue was taken in 2015. This is a mark of the delays of Greek bureaucracy,” Kaminis told AFP.

Zaev: There is initiative to exchange monuments with Athens