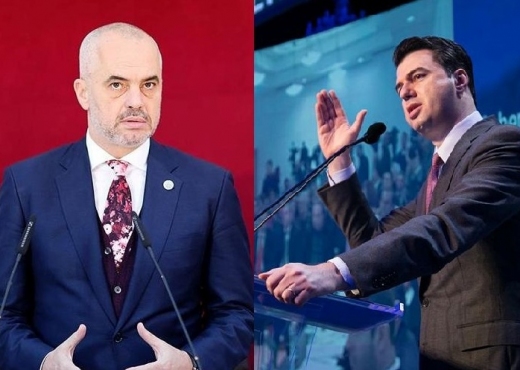 Chairman of Democratic Party (DP) Lulzim Basha shared a video message announcing that all international reports point to Edi Rama as the most corrupt Prime Minister in the Balkans.
Basha accuses his rival of ‘stealing Albania with a bunch of predatory oligarchs and laundering drug and crime money’. According to the DP leader, all Western investment is leaving Albania.

“All international reports point to Edi Rama as the most corrupt Prime Minister in the Balkans. He robs Albania with a bunch of predatory oligarchs and launders drug and crime money.
To protect his gang, Edi Rama expelled foreign investors and replaced them with his clients. All Western investment is leaving Albania.

Zaev and Rama to discuss “small Schengen” with Vucic

Zaev: Germans fear my friend Edi Rama could initiate unification with Kosovo, I do not believe in those things