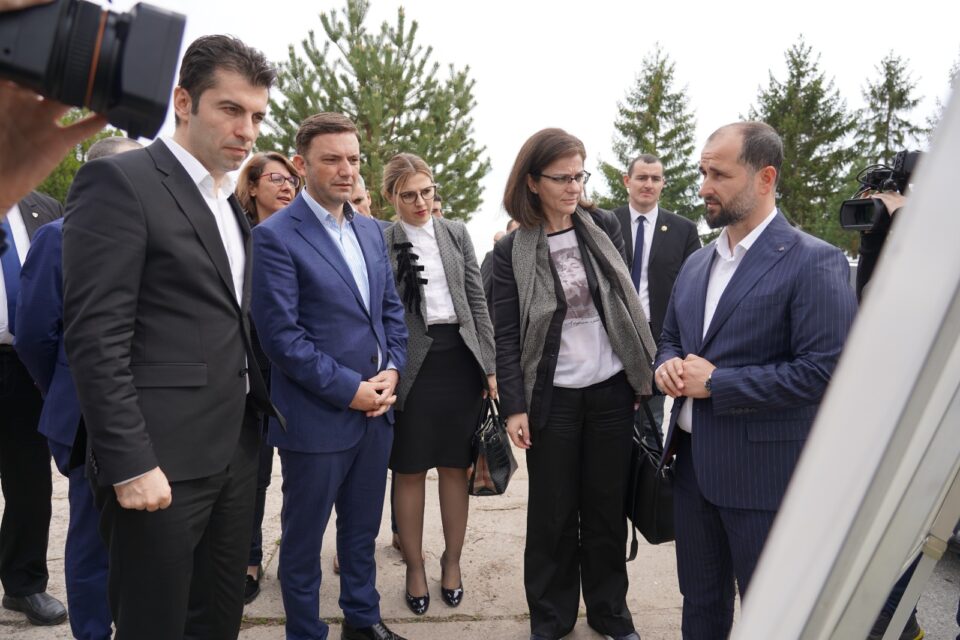 After months of promises, evasions, manipulations, mutual accusations between coalition partners and attempts to intimidate dissidents, Kiril Petkov finally admitted that he was really preparing to lift the Bulgarian veto on the start of Macedonia’s EU accession talks, BGNES writes.

According to the news agency, in an interview with “bTV” yesterday, in his typical vague and not very articulate style, he admitted that he left the Minister of Foreign Affairs Gencovska and her team “to move things with Macedonia on their own” for a long time. At the same time, he enthusiastically expressed his optimism about the results achieved by Gencovska and her team last week, describing them as “great progress”. At the same time, when asked what his goal was before asking the president to convene the National Security Advisory Council a month ago, he declined and said he wanted to inform other parties about the new proposals, which are identical to what Gencovska’s team has achieved so far. All this suggests that the proposals prepared by Kiril Petkov and his team were “suggested”, probably by interested external factors, to the negotiating team of the Ministry of Foreign Affairs.

In this sense, Petkov’s “withdrawal” from the topic is only ostensible and manipulative, with the clear aim of giving the impression that the compromise came from the diplomats themselves. Kiril Petkov also hinted that the compromise that is being prepared will be an “unprecedented success” for Bulgaria, because the inclusion of Bulgarians in the constitution of the Republic of Macedonia will take place before the first EU intergovernmental conference on Macedonia (which is the real beginning of negotiations) and that it would be guaranteed by Europe. This is in fact a confirmation of what was already written by “BGNES” last week that the prepared agreement before the Bulgarian society will be presented as a huge victory and a complete overlap of the conditions for removing the veto from the previous position. This, of course, is not true.

We remind you that the current Bulgarian position is completely based on very clearly described conditions and phases in the Framework Position of Bulgaria from October 2019, supported by a declaration of the National Assembly and two Consultative National Security Councils under the President. The main place in the Framework position is held by the topic of objectification of the common history and cessation of the falsifications of the common historical figures and events. Explicitly mentioned conditions for scheduling the first intergovernmental conference are the findings of the Joint Historical Commission for agreed historical narratives for Goce Delcev, the Ilinden Uprising and VMRO / VMORO, as well as the adoption by the Skopje authorities to change the history textbooks, in which the agreed narratives are entered. Additionally, it is planned to agree on specific dates for the general commemoration of the events and persons for which an agreement has been reached. Last but not least, the condition for celebrating events and persons for which an agreement has been reached, for political figures, representatives of state institutions in Macedonia, as well as the state-funded media, to base their official statements and comments on the agreed texts by the Historical Commission.

The explicitly mentioned preconditions are the activation of the process of rehabilitation of the victims of the Yugoslav communist regime, repressed because of their Bulgarian self-consciousness; initiating a process to clarify the security forces of the former Yugoslav Republic of Macedonia; take systematic measures to remove from plaques and inscriptions monuments, plaques and texts on buildings that openly incite hatred towards Bulgaria – for example, those that contain qualifcations as “Bulgarian fascist occupiers”.

In a more general aspect, a clearly mentioned condition for approval of the Negotiating Framework by Bulgaria is good neighborliness to appear as a horizontal criterion in the entire process of EU accession of the Republic of Macedonia, writes BGNES.