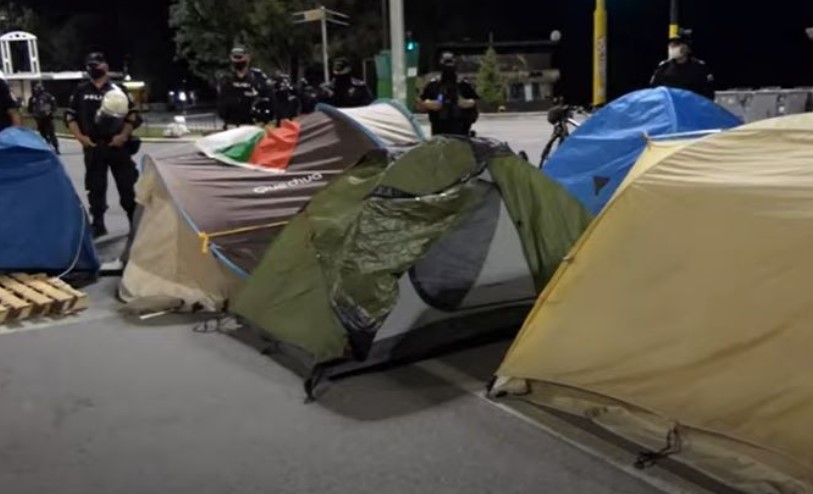 The Bulgarian police on Friday cleared illegal protest camps that were blocking roads and enraging citizens during weeks of anti-government demonstrations.

Two dozen tents were removed from three main intersections in the capital Sofia, which were erected a week ago without authorization in order to block traffic, police said.

The police reacted to hundreds of citizens complaining they could not use private or public transport.

“We are not going to permit new blockades of intersections,” said Toni Todorov, vice chief of police.

Twelve protester were arrested and fined in Sofia. One organization immediately called for new protests after the removal of the tents.

The police also cleared similar blockades in the seaside city Varna and in Plovdiv, as well as a blockade of an interstate road in the south of the country.

For a month now, protesters have called for the resignation of Prime Minister Boyko Borisov’s government.

The demonstrators, supported by the opposition Socialists and Bulgaria’s President Rumen Radev, say the government is corrupt and has links to oligarchs.

The government, a nationalist-conservative coalition which has been in power since 2017, declared it would not stand down “under pressure from street protests.”