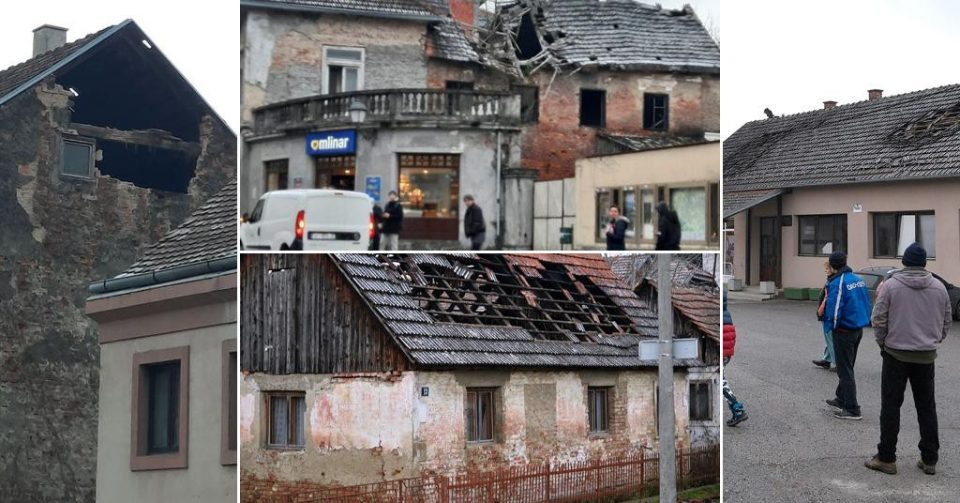 Croatian military personnel are helping residents of Petrinja in clearing up and repairing the damage after a 6.2-magnitude earthquake struck the area at 12.19 pm on Tuesday, Croatia’s Defense Ministry said.

“Our hearts go out to Petrinja.

“Hang in there, the whole of Croatia is with you!” the Defense Ministry said.

PM Plenkovic said that some of Petrinja residents need to be evacuated.

“The army is here and the police, civil protection, firefighters, emergency medical services are arriving, the mountain rescue service from Split will be coming, military helicopters have gone to fetch them,” Plenkovic told reporters.

He added that accommodation should be provided for those whose houses have been destroyed.

“Containers will be delivered so we can move the people off the streets and move them out of Petrinja because it’s not safe to be here,” Plenkovic said.

“We are sorry. This is a tragedy,” he added.

Health Minister Vili Beros said transport had been organised for patients from the hospital in Petrinja after the earthquake.

He said talks were under way with the heads of psychiatric institutions to take in 100 people from Petrinja.

The head of Croatia’s Seismological Survey, Ines Ivancic, said that many weaker aftershocks ensued after the earthquake.

“After the strong 6.2 earthquake, numerous tremors have been felt, practically one after the other… 20 or more.”

Ivancic said aftershocks could occur over a long time, certainly one to two years.

According to a dpa report citing the Petrinja Mayor, at least one person, a girl, was killed and several people were injured when the powerful earthquake hit central Croatia on Tuesday.

“This is terrible, there are casualties, there are injured. We saw a child killed on the town square,” the mayor of the hardest-hit town Petrinja, Darinko Dumbovic, told reporters from the daily 24Sata.

The girl was killed by falling rubble, several media outlets reported. There was still no official confirmation.

The earthquake jolted central Croatia causing heavy damage in Petrinja, Sisak, Zagreb and other towns. The quake was powerful enough to be felt in the surrounding countries.

Dumbovic said that seven engineers had been pulled out alive after being buried under the rubble of a building they were assessing after earlier tremors — of magnitude 5.2 and 5.0 — damaged it on Monday.

While Petrinja appeared worst hit, rubble could also be seen on streets in Sisak and Zagreb. Most of the capital was without electricity.

At Krsko to the west, the nuclear power plant that Croatia shares with Slovenia said it had shut down out of precaution, pending damage assessment.

The Interior Ministry urged people to remain outside and calm. It particularly wanted people residing in buildings that showed signs of damage to leave.

A 5.3-magnitude quake on March 22 inflicted heavy damage to Zagreb, including to the landmark cathedral. Until Tuesday, that quake had been the most powerful in 140 years.