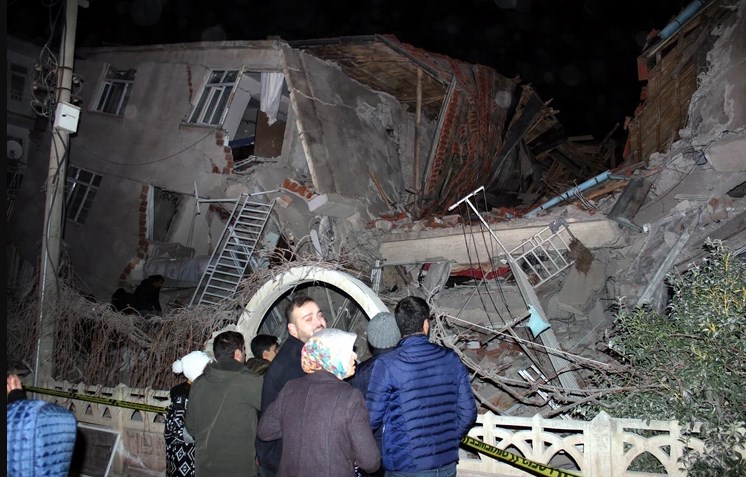 The tremblor, with a preliminary magnitude of 6.8 struck at around 8:55 p.m. local time (12:55 p.m. ET) in eastern Elazig province, the country’s emergency management agency said.

It was followed by several aftershocks, the strongest with magnitudes of 5.4 and 5.1, the Disaster and Emergency Management Presidency added.

At least 225 people were injured in Elazig and 90 in Malatya. Local administrator Cuma Telceken said up to seven people are believed to be trapped inside two collapsed buildings in Maden. Television footage showed rescuers searching for survivors among debris.

Pictures and video footage apparently taken in both Elazig and Sivrice and posted to social media, showed collapsed buildings and rescuers searching through rubble.