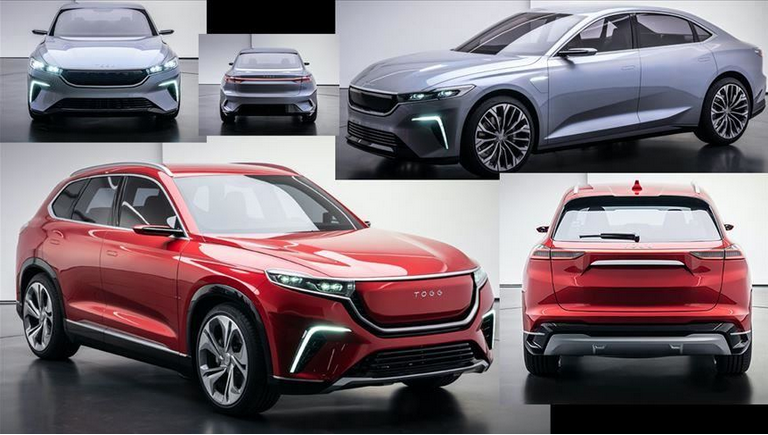 “Today we are witnessing a historical day for our country, witnessing Turkey‘s dream for 60 years come true,” Erdogan said, unveiling the SUV and sedan models during a ceremony at an IT centre in the district of Gebze near Istanbul.

Erdogan later took the new electric SUV model for a test drive outside, sharing a video from the driver’s seat on Twitter.

A planned factory in the north-western city of Bursa, some 150 kilometres to south of Istanbul, is expected to produce up to 175,000 of the SUV and sedan units per year, employing more than 4,000 workers, according to a presidential decree published in the Official Gazette on Friday.

Erdogan said the car project aims to make Turkey a global brand, with Europe and the surrounding markets set as initial export destinations.

Several international companies, including Toyota and Hyundai, already produce cars in Turkey and export them to Europe.

The planned factory, to be located in Bursa’s Gemlik district, will be established by Turkey‘s Automobile Joint Venture Group Inc. (TOGG), a joint venture of five companies and a business union.

There will be five models over the next 15 years, and the intellectual property rights belong to Turkey, TOGG CEO Gurcan Karakas said. The brand name is expected to be introduced in the first half of 2020, he added.

“We are not getting any licenses or permissions from anyone. We define all the technical features. We are setting the rules of the game,” Erdogan said.

The government offers land allocation, tax exemptions and a purchase guarantee of 30,000 cars until the end of 2035, according to the decree.

Erdogan did not say how much the car would cost but did say would pre-order one for himself.

“We have been saying for years that Turkey needs to produce its own car, that we deserve better than being assemblers,” Erdogan said ahead of the introduction with a sound and light show.

Alper Kanca, president of the Turkish Automotive Suppliers Association (TAYSAD), described the project as “positive” and also rejected criticism that the cars will not be entirely produced domestically.

“That is stupid. When you start a new company, you can’t do everything yourself.”

Kanca told dpa that the project won’t boost the automotive industry in the short term “because the car would only go into production in 2022,” adding that “if everything goes well then we will see the benefits in three years.”