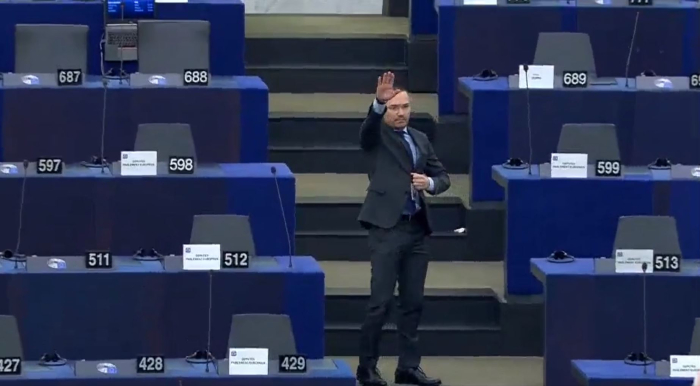 MEPs from across the political system were shocked by Dzhambazki’s action and reacted angrily to his gesture as he was leaving  he hemicycle.

EPP President Manfred Weber said the use of the “Hitler salute” was “contrary to what the European Parliament stands for”. “The EPP group condemns this in the harshest possible terms” Weber wrote on Twitter.

Dzhambazki’s incident occurred during a debate on the rule of law in the EU shortly after the final ruling of the EU Court of Justice in Luxembourg, which rejected attempts by Hungary and Poland to block access to EU funds while respecting democracy and the rule of law.

Dzhambazki called the ruling of the European Court of Justice an abomination.

There is no sane person who thinks that Hungary or Poland have no functioning rule of law. Instead you use it as a whip against the nation states you despise. Long live the nation states of Europe!, he tweeted.

Dzambaski: Bulgaria’s position on the historical issue cannot and will not change

MEP Dzhambazki: Macedonia without Bulgarians may go up in flames!