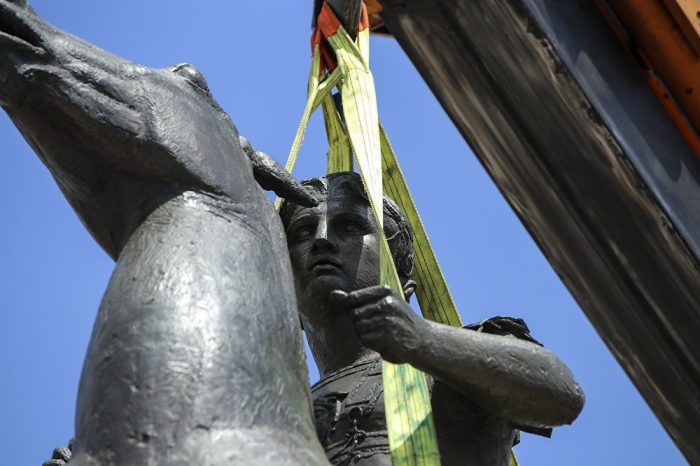 The statue of Alexander the Great was raised in central Athens on Wednesday morning by workers from the municipality of Athens, the Greek Reporter reports.

The statue is located at the intersection of Amalias and Vasilissis Olgas (Queen Olga) avenues in downtown Athens, just a few meters from the Temple of Olympian Zeus.

However, the stunning 3.45-meter (11.5 foot) high statue was not created recently.

The equestrian statue of Alexander was made by the sculptor Giannis Pappas in 1993, but it was never positioned in a central place in the Greek capital.

The statue was obtained by the country’s Minister of Culture, which later handed ownership over to the Municipality of Athens.

Ever since Pappas died in 2005, until now, it had found a home in the garden of Pappas’ workshop in the Zografou neighborhood, in an area which belongs to the Benaki Museum.

It took twenty-six years for the statue to be positioned in central Athens, probably due to political and other reasons. Such a move could be interpreted by some as a provocation which would not have helped in the negotiations for the name-deal between Athens and Skopje, the news portal writes.

The statue presents the great warrior astride his beloved horse, Voukefalas (Bucephalus).

The official ceremony and the unveiling of the statue of Alexander will take place on Friday.