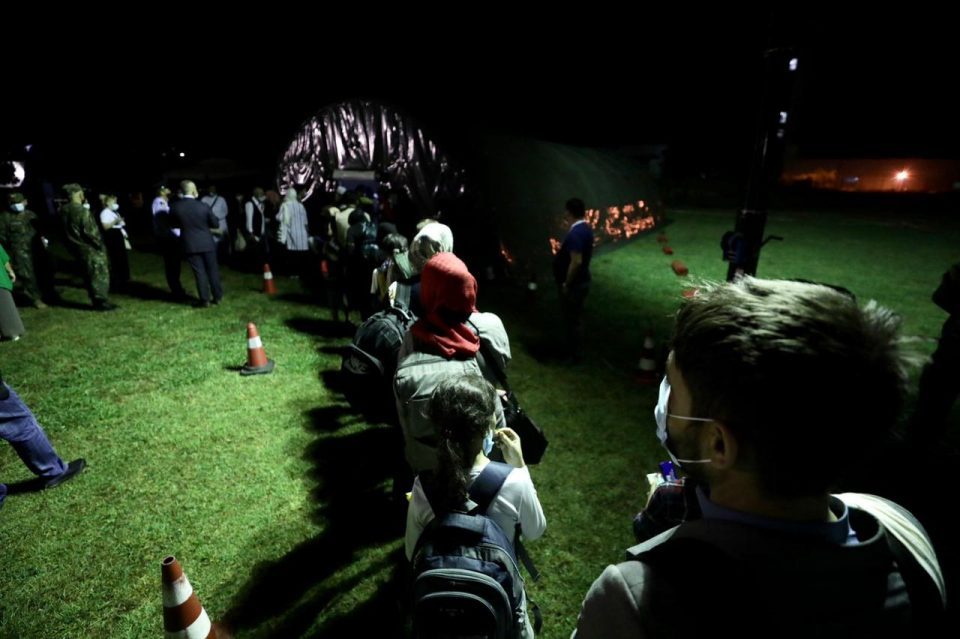 The first group 121 Afghan evacuees, including 11 babies, arrived to Albania yesterday. They were welcomed at the Tirana airport by the Albanian Foreign Minister Olta Xhacka and US Ambassador Yuri Kim.

Albania agreed to take thousands of Afghans on a temporary basis. The initial group is made of Afghan citizens who worked with the US forces. They will undergo medical examinations and will be accommodated in cities across the country. Neighboring Macedonia and Kosovo also agreed to take thousands of refugees from Afghanistan, far more than most other European countries.

Osmani: For now, we will shelter 750 Afghans, but that number fluctuates