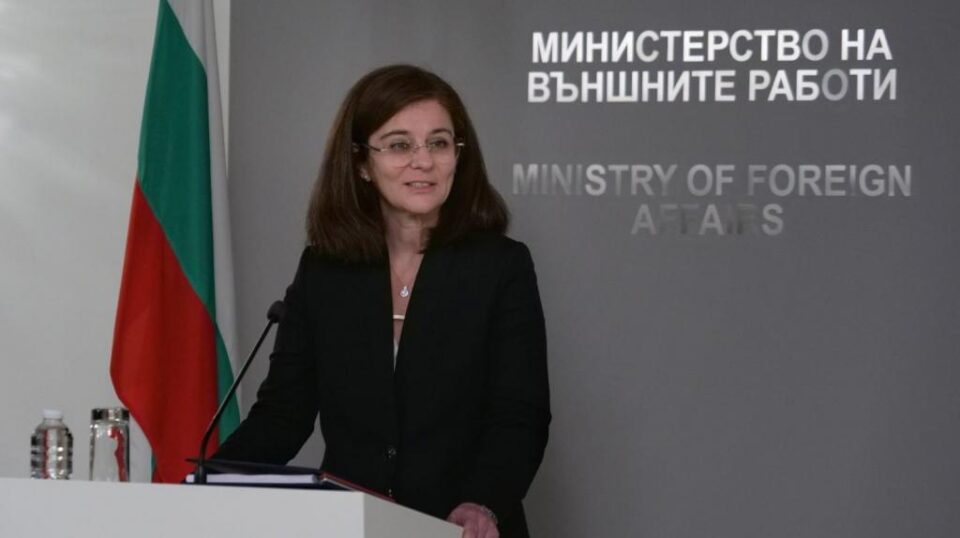 Bulgaria’s new Foreign Minister Teodora Genchovska said Monday the country’s position on Macedonia would not change at this stage and that it will abide by the 2017 Agreement and the Declaration of the National Assembly, MIA reports from Sofia.

The Caretaker Minister of Foreign Affairs Svetlan Stoev said that the Macedonian side should understand that this is not an issue that can be resolved through external pressure, but only through bilateral dialogue.

Commenting on the relations between Bulgaria and Macedonia, Stoev said that the answers to the 5 + 1 package were presented at the NATO ministerial meeting in Riga. He noted that Bulgaria has been putting additional pressure in the last days before this week’s EU summit, as the issue was not resolved during the caretaker government.

Svetlan Stoev said at the press conference that there are politicians in Skopje who went public and said that they did not negotiate with the caretaker government in Sofia, because there was no mandate for that.

He added that there were non-diplomatic statements addressed to him that they were not negotiating with the Bulgarian ambassador to Copenhagen, despite the fact that he was Bulgaria’s caretaker minister at the time.

Bulgaria will be represented at the Council tomorrow by the Permanent Representative in Brussels, and on December 16 by the President of Bulgaria Rumen Radev.