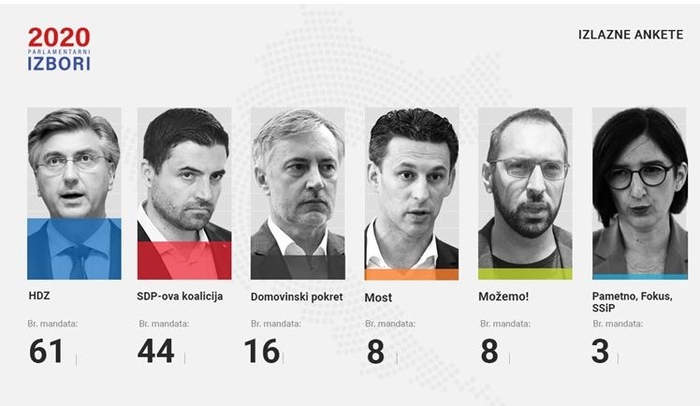 The Croatian conservative HDZ party is projected to win big in the general elections. Despite facing a strong challenge from the right, in the form of the DPMS party, HDZ still managed to win projected 68 seats.

This would bring Prime Minister Andrej Plenkovic close to forming the next Government. His main opponent on the left, the social-democratic Restart coalition, is projected to win just 43 seats and DPMS will win 15 seats. The centrist protest movement Most is expected to win eight seats.