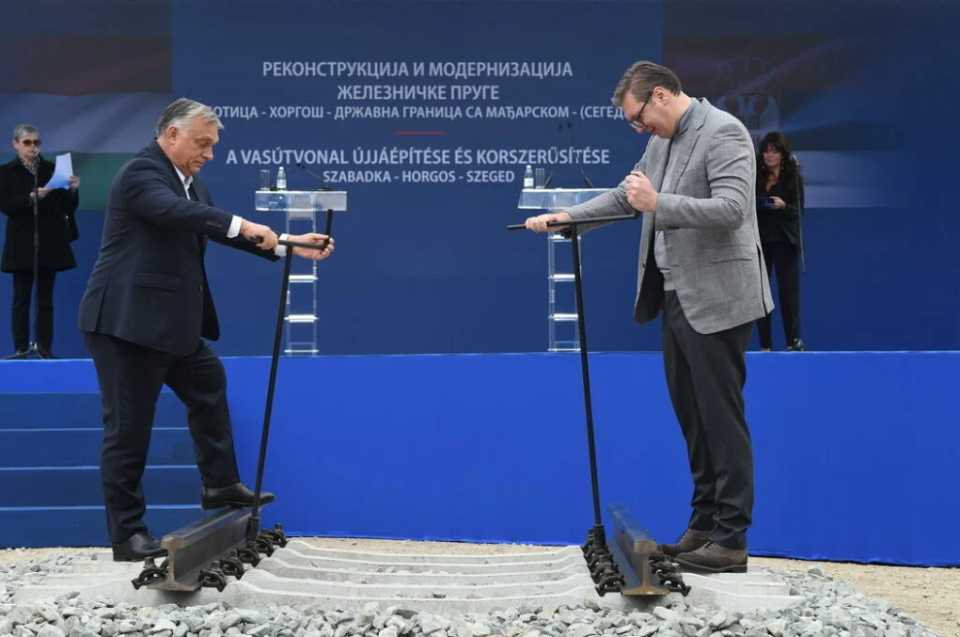 Serbia and Hungary began work today on reconstructing the 150 years old railway line linking Subotica and Szeged. Leaders Viktor Orban and Aleksandar Vucic were at the opening ceremony in Horgosh today to mark the beginning of the major infrastructure project.

This project is characteristic for all Orban did in his relations with Serbia, and I am grateful to the Hungarian Prime Minister for his political vision in leading relations between Hungarians and Serbs. Together we can have great results, Vucic said.

Work on the railway is expected to conclude by November 2022, after which the two countries will be linked by a modern railway line that is expected to one day be part of a route linking the south of the Balkans to central Europe. The line is 27 kilometers long and will also facilitate access to ports on the Danube. Vucic said that, with this railway, all commerce that moves between Athens and Istanbul and Central and Western Europe, will go through Belgrade and Budapest.