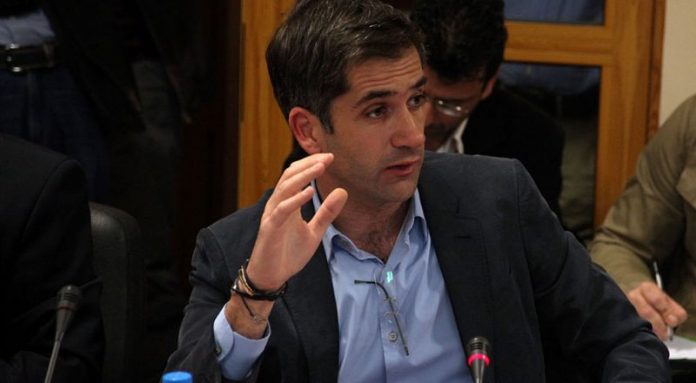 Kostas Bakoyannis, from the powerful conservative Mitsotakis/Bakoyannis family, was easily elected as Mayor of Athens yesterday in the second round of the municipal elections.

The conservative New Democracy swept Greece, leaving the leftist SYRIZA party in control only of Crete and portending a major win in the coming early general elections.

Kostas Bakoyannis is the son of former Greek Foreign Minister and Athens Mayor Dora Bakoyannis (née Mitsotakis) and her late husband Pavlos Bakoyannis, who was murdered by left wing terrorists in 1989. Shortly after his win in the first round of the elections, Kostas was confronted by pro-SYRIZA protesters in a restaurant in Athens, who mocked him over his father’s death.

He is the grand-son of former Prime Minister Kostas Mitsotakis, who lost his office in 1993 due to a right wing rebellion over the Macedonia name issue. His uncle Kyriakos Mitsotakis leads New Democracy and is the likely next Greek Prime Minister. The party is opposed to the Prespa treaty and has announced it will reserve the right to veto Macedonia’s entry into NATO, even under the imposed name “North Macedonia”. The party is riding high on public anger over the Prespa treaty, as well as Tsipras’ mishandling of the economy.

Greece closes its border with Macedonia and Albania