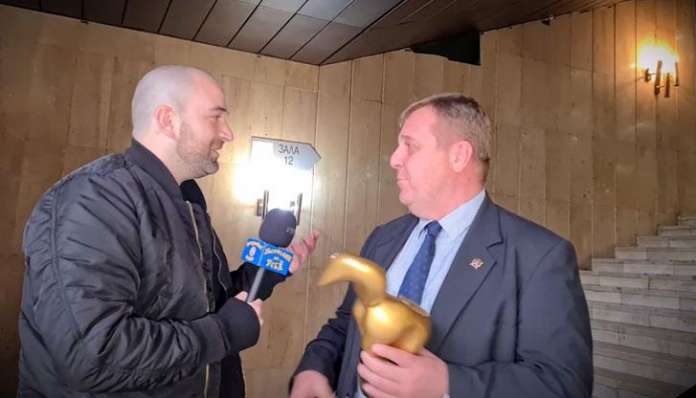 Bulgarian nationalist politician Krasimir Karakacanov was given the “Golden Skunk” award for “biggest political loser” by a local comedian. Karakacanov, who pushed the Borisov Government to block Macedonia’s EU accession talks, failed to win seats in the Parliament at the recent general elections.

The show also gave the award to other Bulgarian parties who didn’t cross the 4 percent threshold or lost seats in the Parliament, which saw several protest parties and a TV show host greatly reduce the share of seats for the traditional parties.

Before arrival, travelers to Greece must fill in online Passenger Locator Form

Did Zaev ask Mitsotakis about the removal of the Macedonian “Krste Misirkov” association in Greece?

Varvitsiotis: Greece doesn’t accept decoupling of Macedonia and Albania on the EU road

In order to start EU talks, Macedonia has to accept that it speaks Bulgarian dialect, that Goce Delcev and the Ilinden Uprising are Bulgarian, give up its minority in Bulgaria