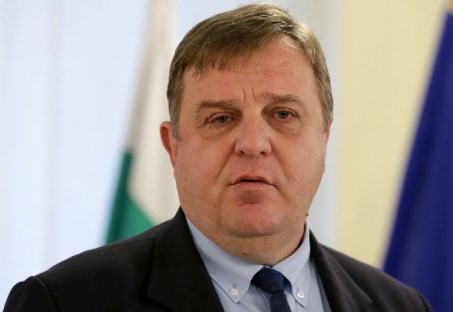 Krasimir Karakachanov once again clearly and unequivocally reaffirmed Bulgaria’s position regarding Macedonia and the Macedonian issue ahead of the opening of the country’s accession negotiations with the European Union. As many times before, the Bulgarian Deputy Prime Minister and Minister of Defense announced a blockade of the negotiations, if Macedonia does not fulfill the Agreement on Good Neighborly Relations and does not agree to the changes discussed by the History Committee.

Asked whether the First Intergovernmental Conference would be blocked by Bulgaria, Karakachanov said:

Of course. You agreed to change your flag, to change your name. As early as last year, in November, ten months ago, you stopped the work of the History Committee. That is a sufficient basis for Bulgaria to raise this issue very clearly.

Karakachanov reiterated that Bulgaria would retaliate if Macedonia did not start resolving the history misunderstandings between the two countries.

We have said this a hundred times in the past ten months that if no agreement is reached on those issues, Bulgaria will retaliate at the First Intergovernmental Conference until the issues are resolved. That is the position of Bulgaria and it is very clear for Skopje, said Karakachanov.

From the region only Macedonia and Kosovo repatriate terrorist fighters, others take away their citizenship

This is the possible future Prime Minister of Bulgaria

Borisov alleges fraud after another inconclusive election in Bulgaria