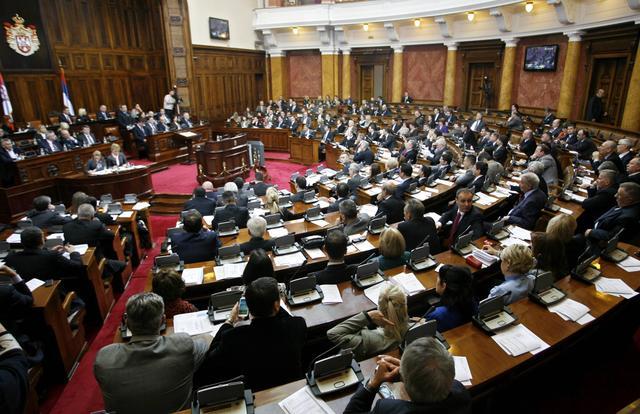 Kosovo’s parliament voted to dissolve itself on Thursday, a month after prime minister Ramush Haradinaj resigned over a war crime investigation.

The move triggers early elections, which will be held amid persistently high tensions with Serbia and international pressure on both sides to renew their stalled normalization talks.

Elections must take place within 45 days, with October 6 the most likely date.

Haradinaj resigned on July 19, after he was summoned to testify at the Hague-based Kosovo Specialist Chambers (KSC), a tribunal investigating crimes from Kosovo’s war for independence from Serbia.

Belgrade accuses him of committing atrocities against the Serbs during the 1998-99 war and later. The tribunal has not yet made clear if he is being charged.

During the war, he was one of the top commanders of the ethnic Albanian Kosovo Liberation Army. He was already cleared of charges by the International Criminal Tribunal for the former Yugoslavia.

With its 90-per-cent Albanian majority, Kosovo split from Serbia in 2008. Presently, 108 nations recognize the new country, including the big Western powers and all its neighbours – except Serbia.

Belgrade still claims sovereignty over the territory and is, with Moscow’s backing, blocking it from UN membership.

The two sides agreed in 2011 to EU-brokered normalization talks in exchange for membership prospects, but the process stalled several years ago.

The EU and the United States have recently stepped up the pressure on Belgrade and Pristina to return to the table.