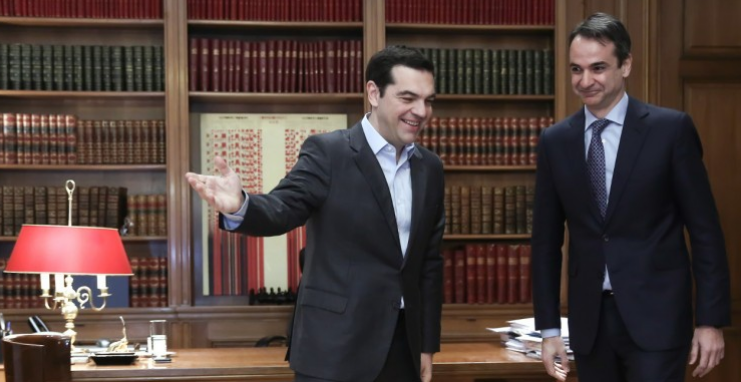 Kyriakos Mitsotakis, the leader of the conservative New Democracy (ND) party, was sworn in as Greece’s new prime minister on Monday, just 15 hours after voting ended.

In a swift move, the result of Sunday’s elections was formally submitted to President Prokopis Pavlopoulos and Mitsotakis was prime minister by 1 pm (1000 GMT).

Mitsotakis was expected to take over office from Alexis Tsipras at 2:30 pm (1130 GMT) and announce his cabinet later in the day. His cabinet will face a vote of confidence in parliament on July 21.

In a resounding victory for Mitsotakis and ND, voters showed Tsipras and his leftist Syriza party the door in the first parliamentary elections since Greece emerged from a crippling financial crisis.

The elections reflected the widespread discontent with Tsipras after four years of austerity because of reforms he was forced to implement in return for an international bailout. Greece has been mired in a deep financial crisis since 2010 and emerged from the bailout programmes only last August.

ND won an outright majority of 158 seats in the 300-member parliament, allowing Mitsotakis to govern without a coalition partner and to take office immediately.

Syriza dropped from 149 to 86 seats. Four smaller parties received at least 3 percent of the votes and claimed seats in parliament.

On Sunday, Mitsotakis promised to “roll up his sleeves” and “represent all Greeks,” and repeated his pledge to usher in an era of economic growth.

He said parliament will not take its usual summer recess, but instead immediately begin working on reforms, with the focus on growth, jobs and improvement of life standards for the nation after years of austerity.

European Commission President Jean-Claude Juncker congratulated Mitsotakis and wished Greeks, “who have endured so much over the last decade,” to “open a new, brighter chapter.”