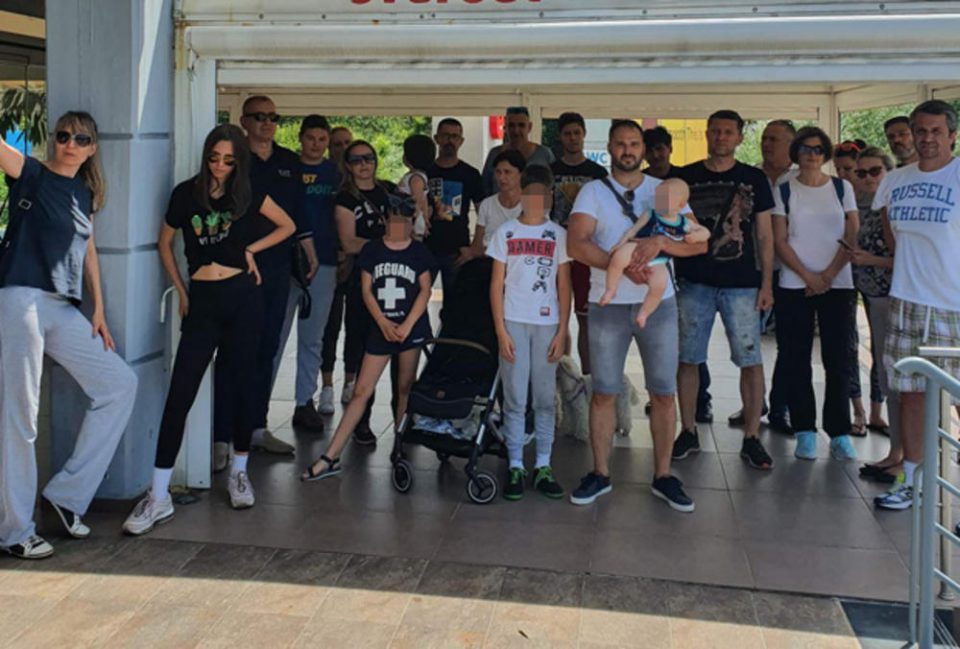 Greece on Monday faced an onslaught of thousands of tourists driving through the only open land border for travellers, stirring fears of the new coronavirus’ spread as the country tentatively begins opening itself up.

On the Bulgarian-Greek border, a kilometres-long column of cars with Bulgarian and Romanian tourists and workers was formed even before the Greeks opened the Kulata crossing.

Among them were hundreds of Serbian families whom Greek border police turned back after they finally arrived at the checkpoint.

They had departed with the understanding that a May 20 deal among Greece, Bulgaria and Serbia would allow them entry through the crossing from Monday.

But after a long wait, they were informed that an entry ban remains in place until July 1 for all but citizens of Europe’s border-free Schengen area.

Some of the stranded tourists, however, told Serbian media that Greek police explained the entry ban was due to an unsatisfactory epidemiological situation in Serbia.

Greece shares borders with Bulgaria, Albania, Macedonia and Turkey. Only the Kulata crossing with Bulgaria was opened on Monday.

Meanwhile, the Greek government said that the two largest airports, Athens and Thessaloniki, began receiving flights from a number of countries in Europe. Regional airports are due to reopen on July 1.

Tourism is by far the country’s most important industry, but Greeks are eying this summer season with mixed feelings: happy to have the tourists’ money but fearful they could reignite the Covid-19 epidemic.

We will be content if we earn one-quarter of what we did last year, Christos Pilatakis, the executive of a hotel on Rhodes, told dpa over the phone.

Prime Minister Kyriakos Mitsotakis’ government has kept the outbreak under control through early and strict measures, with a low infection rate and hardly any cases on the islands, where much of the population is elderly and medical facilities are modest.

The government has boosted medical teams on the islands ahead of the summer season.

It is a very strange situation – people fear Covid, but want to work, because almost everything they earn comes in July and August, Thanasis Mantziavelas, a paramedic on the northern Aegean island of Thassos told dpa over the phone.

“All this is new and fast-changing. The people simply don’t know what to think,” Mantizavelas added.