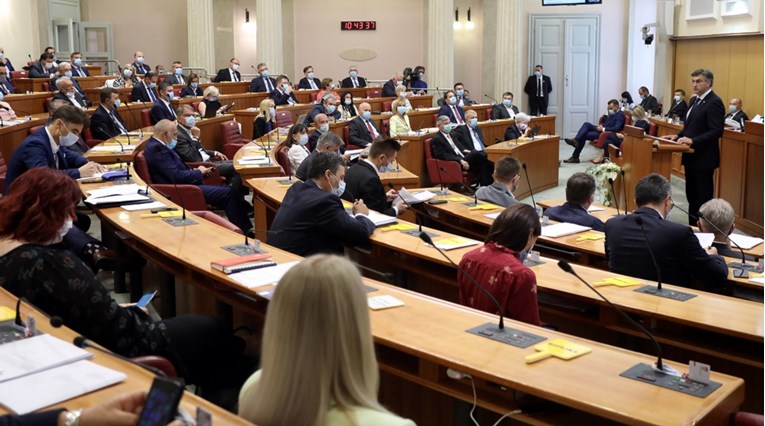 After a debate that lasted the whole day, the Croatian 151-seat parliament on Thursday evening gave a vote of confidence in Prime Minister Andrej Plenkovic and his second cabinet.

Thus, 76 MPs, who make up the ruling majority, voted for the new government, and 59 voted against, with no abstentions.

After the vote, Prime Minister Plenkovic and ministers were sworn in, except the new Justice and Public Administration Minister Ivan Malenica who is self-isolating after he tested positive for COVID.

The Plenkovic cabinet has four deputy prime ministers – Tomo Medved, Davor Bozinovic and Zdravko Maric from the Croatian Democratic Union (HDZ) slates, and Boris Milosevic of the Independent Democratic Serb Party (SDSS) who will represent the ethnic minorities and will be in charge of human rights.

Tomislav Coric is the Minister of Economy and Sustainable Development, Darko Horvat is responsible for Construction, Physical Planning and State Assets, Mario Banozic serves as the Minister of Defence, Malenica will be the Minister of Public Administration and Justice, while Josip Aladrovic heads the Ministry of Labour, Pension System, Family and Social Policy.