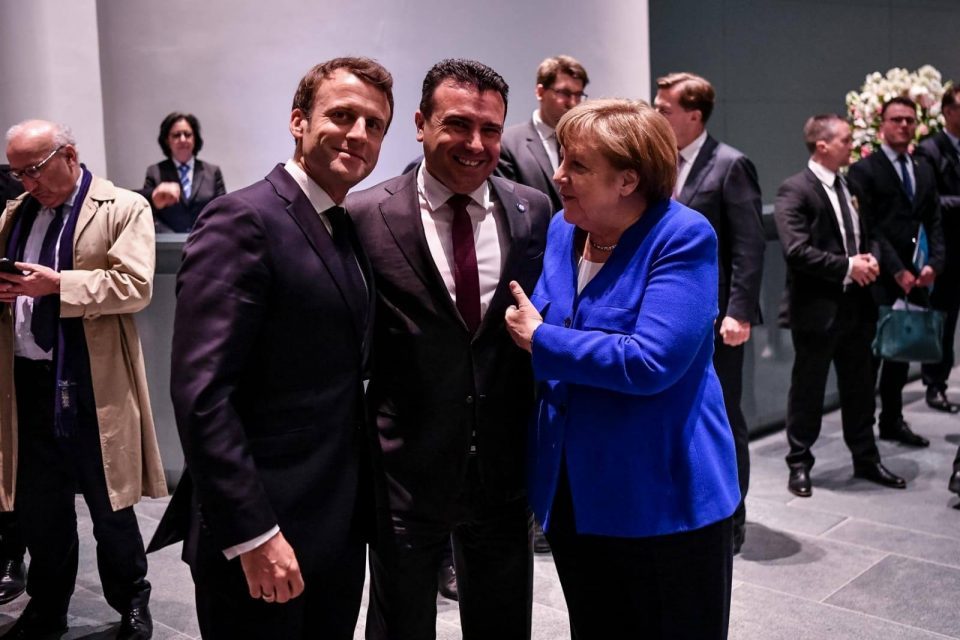 Gerald Knaus would have to know what was going on. He is the director of the European Stability Initiative, a highly influential think tank in Brussels. Knaus was the main creator of a refugee agreement between the EU and Turkey that significantly softened the refugee wave across the Balkans. The veto with which Emmanuel Macron blocked the start of negotiations with Skopje and Tirana – and actually stalled the entire EU enlargement process – Kanus calls it a “coup de grâce”. “The EU should offer all Western Balkan countries the opportunity to join the single market, such as Norway or Iceland,” the influential analyst said in an article released last week, Deutsche Welle analyses.

Knaus is not the only one. There are growing rumors that the zero hour came for European politics in the Balkans, a moment to bury the dead concept of EU enlargement and find something new. Something less than enlargement, but tempting enough to keep Balkan countries in EU’s court. Leaders in the region will meet in May at the EU summit in Zagreb. Will the Norwegian model be on the table? “Macron’s veto has torpedoed the whole enlargement process. I think that was his intention,” said Andreas Ernst, an experienced journalist with Neue Zürcher Zeitung, who has been the paper’s correspondent from Belgrade for years. “But the advantage is that this is how the false nature of the relationship between the EU and the Western Balkans has become apparent.”

In can be read between the lines that Macron is taking the Western Balkans hostage until he pursues his vision of Europe. He wants the EU with more speeds or concentric circles. The core would gravitate around the Paris-Berlin axis, the countries integrated into the market would be outside, and the accompanying countries completely outside, perhaps Serbia and its neighbors. Macron has received quiet support from the Netherlands and Denmark. The criticism from Berlin at Macron’s expense comes with winks – we had to let Skopje and Tirana negotiate, anyway they would not join the EU for at least 10 years. This German game, Ernst says, is even more perfidious. The rules, the Swiss journalist says, for years have been like this: the EU seemingly to want to accept Balkan countries into membership, and the leadership in these countries is allegedly implementing reforms.

What is the Norwegian model? The Nordic country, with Iceland and Liechtenstein, is a member of the European Economic Area (EEA), a mechanism set up in 1992, which includes all EU members. One option is, when the UK finally leaves the EU, to remain part of the EEA. The market is open, there is freedom of movement, there is no customs – except for food and drink, products that are heavily subsidized in the EU, so Norway does not want to open its doors completely.

The Kosovo passport in the EEA would have the same value as the Norwegian one, and the Serbian plum rakija would have the same access to the European market as the Swiss brandy, Kosovo journalist Veton Surij told the Koha Ditore newspaper. “A Belgian investor would have the same legal certainty in BiH, Albania and N. Macedonia as in Iceland.” It is by no means a losers’ model for the Balkans, says journalist Andreas Ernst. “Better make integration steps in the short term than to hope for EU entry in 10 or 20 years.”

The Swiss journalist is convinced that the Norwegian model is enough for the EU not to leave the Balkans to other players.