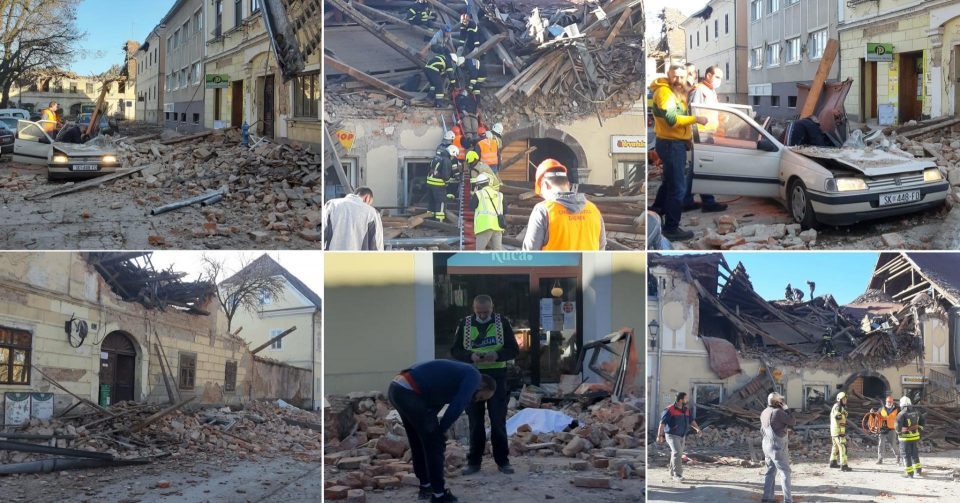 The number of people killed in Tuesday’s devastating 6.2 magnitude earthquake that struck Petrinja has climbed to five, a number of people have been injured and significant damage has been caused.

Four people have been killed in Majske Poljane near the town of Glina, Glina Deputy Mayor Branka Mitic said.

The Interior Ministry confirmed earlier in the day that a 12 year old girl had been killed in Petrinja.

The number of casualties is increasing as ruins are being cleaned up.

Rescue services are continuing to search for survivors.

Twenty people have been admitted to Sisak hospital with injuries, two of them in a serious condition, N1 television reported, citing a source at the hospital.