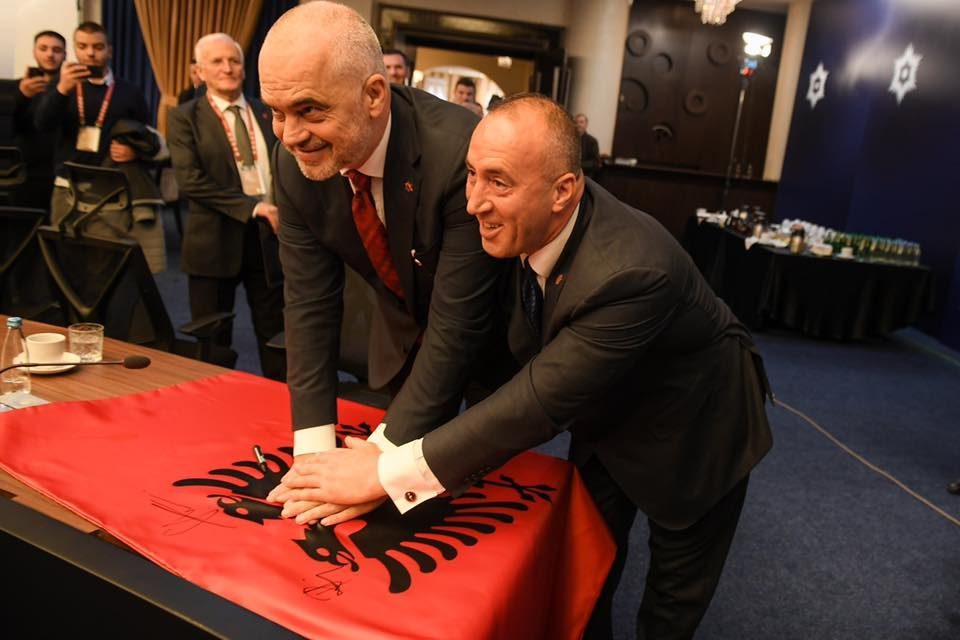 In a report, the Swiss Neue Zurcher Zeitung paper details nationalist rhetoric from Albanian Prime Minister Edi Rama which comes at a time when Kosovo and Serbia are negotiating a possible swap of cities along their border which would make both countries more ethnically homogeneous. In this light, NZZ reminds the readers of previous initiatives by Rama which push in the direction of a Greater Albania, which would include Kosovo, Albania and a large chunk of Macedonia.

It is a natural thing, Rama told NZZ in an interview when talking about the small scale border corrections between Macedonia and Kosovo, and later between Montenegro and Kosovo. Still, these changes affected small, uninhabited mountain areas, while Kosovo and Serbia are now talking about exchanging dense population areas, something which was long considered taboo in the Balkans in order to avoid a return to the bloody era of civil wars and ethnic cleansing.

Last year, NZZ reports, Rama proposed appointing a joint President of Albania and Kosovo, and is now appointing Kosovo Albanians in his Government to show how united the two countries are. Previously he openly discussed a union of “all Albanian lands”, including parts of Macedonia, Montenegro and Serbia. He now insists that the newly drawn borders between Kosovo and Serbia would not mean pure ethnic states, although this is clearly the intention.

NZZ quotes Albanian commentators who believe that Rama is flirting with Greater Albania rhetoric in order to preserve himself in power, given the mass protests organized by the Albanian opposition. According to political scientist Afrim Krasniqi, he does not really play a major part in the talks between Serbia and Kosovo, and has subverted its own foreign policy to the EU and the US.