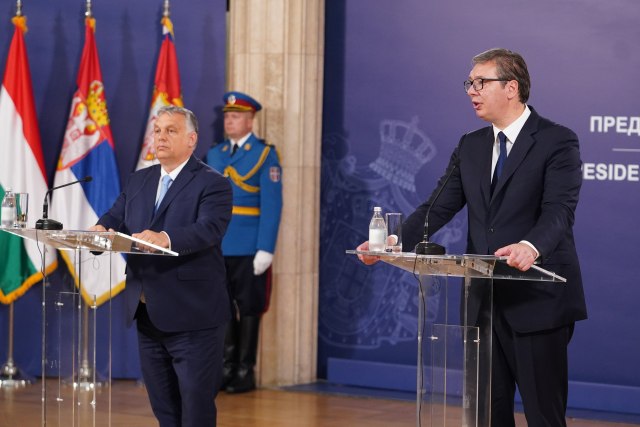 The enlargement of the European Union should be accelerated, and if the actions leading to enlargement are not taken, the EU will stagnate and eventually fall apart, the Prime Minister of Hungary, Viktor Orban said Thursday at a joint press conference with Serbian President Aleksandar Vucic in Belgrade.

In two or three years, everyone will say that if the Union wants to develop, it needs this Serbia-led region, Orban said, responding to criticism from the EU for its views on enlargement and the support it gives Serbia on its EU path.

Now in Brussels they call it elegant ‘being fed-up with enlargement’, but if something is not done about it, the EU will become unstable, Orban added.

Serbia is a key country for the stability of the Western Balkans, said the Hungarian Prime Minister.

Asked to comment on the attack on Hungary and him because of his positions on various issues, Orbán commented that he was under attack by Brussels when he built a wall on the border because of the migrants.