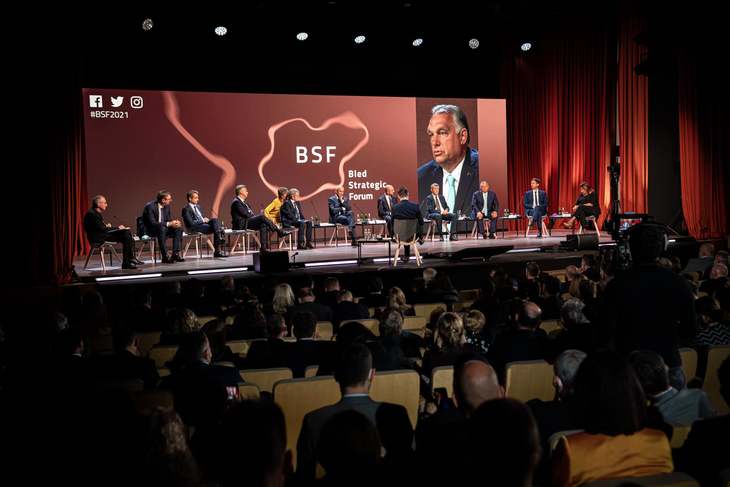 “The only way to prevent the dispute on migration from destroying the unity of the EU is to give all the rights back to the nation states,” said Hungarian Prime Minister Viktor Orban at a leaders’ panel discussion at the Bled Strategic Forum (BSF) in Bled, Slovenia, on Wednesday, the V4 news agency reported.

The prime minister of Hungary added that migration is not an acceptable solution to demographic problems either, because the primarily Muslim immigrants would change traditional European culture. He recalled that during the 2015 crisis, he was the first to point out that the EU’s approach to migration could destroy European culture. He was of the opinion that uncontrolled immigration could lead to terrorism and social problems, and believed the EU was not prepared for such a phenomenon and had no answers to that. His position has not changed. “Migration must be stopped,” he noted at the meeting. PM Orban emphasised that another migration crisis was now mounting due to the events unfolding in Afghanistan.

He also pointed out that the immigration debate had caused division and difficulties within the EU and that the gap between opinions had still not been bridged. Orban reaffirmed the Hungarian position by saying that we do not need newcomers from the outside as they will change the composition of European societies and the cultural identity of Europe, including the Christian, family-based system. He believed that the experience of ​​countries which had already been under Muslim occupation over the course of their history, such as Hungary, was more “relevant” than those which had not. The migrants currently arriving are all Muslims.

The Bled Forum, now in its 16th year, focused on the future of Europe, the economic recovery from the Covid pandemic, and the enlargement of the European Union. On the latter, Orban said Serbia was a key country, and its EU membership is indispensable from geopolitical and security aspect. The EU needs Serbia’s EU membership more than Serbia, he opined. Regarding the future of Europe, the premier emphasized that the EU must remain together and united. However, economic success is a basic condition for this. Without this, there is no political basis for preserving common values, he pointed out.

In response to a question, Orban said that one of the tasks of political leaders was to help their people to prepare for the future. For this, they need to understand what our future will look like, what are the means at our disposal to tackle the challenges, what are missing, and how to obtain those. The main objective of the Bled Forum organised since 2006 is to bring together politicians, diplomats, economists, business leaders and academics to discuss the challenges facing the continent today. Over the past ten years, almost ten thousand people from one hundred countries have been invited to the event, which is considered by many to be the most important of its kind in South-East Europe. 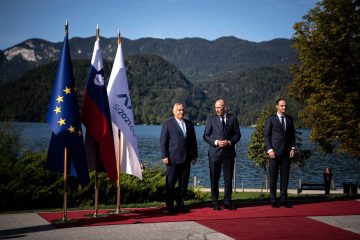