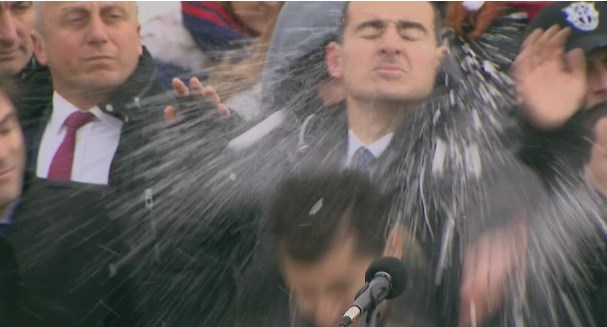 Bulgarian Prime Minister Kiril Petkov and Parliament Speaker Nikola Mincev were met with a volley of snowballs and angry chants from pro-Russian Bulgarian nationalists when they visited the Shipka battle memorial today for the anniversary of the Treaty of San Stefano.

The days is a national holiday in Bulgaria – it marks the treaty with which Imperial Russia attempted to form a greatly expanded Bulgaria in 1878, that would’ve encompassed Macedonia and parts of modern day Greece and Serbia. The treaty was quickly dropped under German pressure and the Ottoman Empire continued to rule much of the Balkans until 1912.

Traitors, resign, the Vazrazdanie party activists shouted as they threw snowballs at the officials at the mountainous site where Russian forces and Bulgarian volunteers managed to hold off Ottoman forces for months. Petkov especially annoyed the protesters when he insisted on the multi-ethnic composition of the Russian army, that had in it Ukrainians, and soldiers from the Baltics. 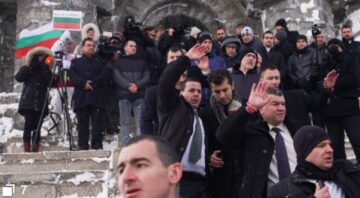 From a Macedonian perspective, his comments, and especially the remarks made by Mincev are interesting – they discussed how the treaty was supposed to unify all Bulgarian lands and the whole of the Bulgarian people and expressed sorrow that the project eventually failed. There are calls in Bulgaria to replace the national holiday with another date, that would not include calls for taking over much of the Balkans.