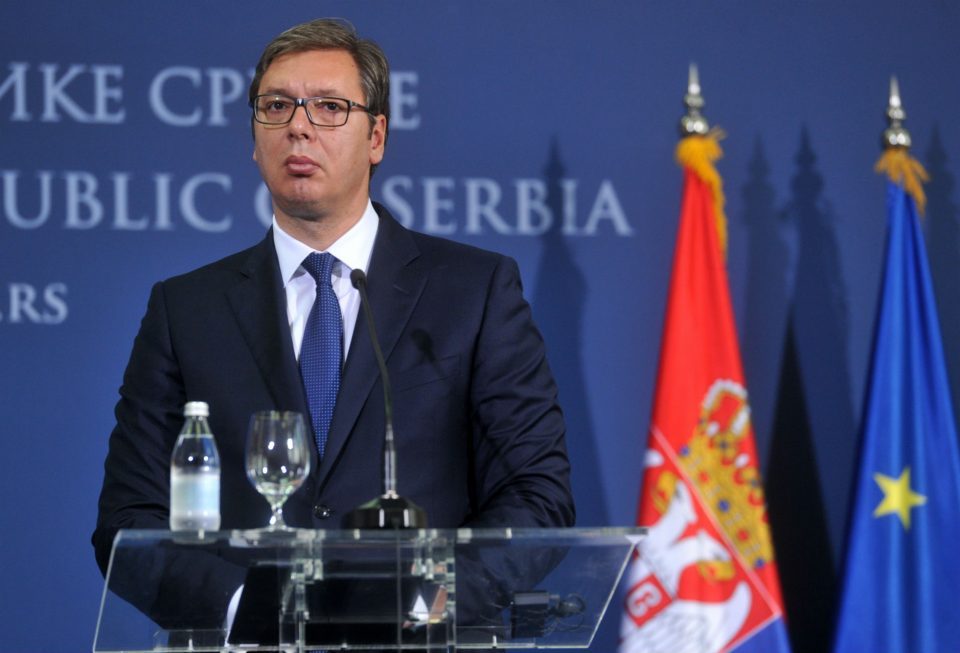 The Serbian ruling SNS party is projected to win an absolute victory in the general elections held today. Turnout was low due to coronavirus fears, and calls for boycott from the opposition, which contributed to President Aleksandar Vucic’s SNS winning over 63 percent of the vote.

This will give Vucic and Prime Minister Ana Brnabic an absolute majority in the Parliament, with 187 out of 250 seats. Far below in second place is the SPS party of Ivica Dacic, which has been in coaliton with SNS, and now has 32 seats. Vucic quickly declared victory, pointing that he won over two million votes and the uncontested support of the nation.

A divided opposition which argued over whether to boycott the elections eventually splintered into a dozen small parties some of whom participated in the elections and mostly failed to pass the margin allowing them to win seats. The SPAS party is projected to win 11 seats and the rest will be divided between parties representing Hungarians, Albanians and Bosniaks.

Fresh out of the electoral victory, Vucic travels to Moscow for a meeting with President Putin, and then off to Washington for a summit on Kosovo organized by President Trump’s envoy Richard Grenell, where it is speculated that an option to change borders will be on the table.

Plaque of gratitude to Vucic for helping vaccinate Macedonian journalists