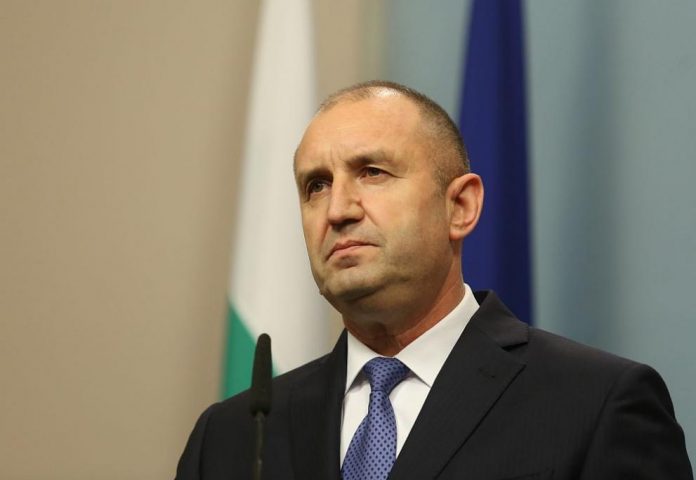 Asked whether Bulgaria should defend its position on the Macedonian issue or give up in favor of Macedonia, Bulgarian President Rumen Radev said that “we should wait for emotions to calm down and arm ourselves with patience, calm and common sense,” BGNES reported.

Our brothers from the Republic of Macedonia must be members of the EU, but this must be a sustainable process, where the eradication of anti-Bulgarian rhetoric, hate speech, where the objective recognition of the historical truth must become an irreversible process. Here, too, Bulgaria must categorically defend its rights, Radev said.

He reminds that he also talked about the 2017 Good Neighborhood Agreement and stressed that a year after the signing he asked for an annex to be signed, because there was no progress. He also reminded that he had called a meeting with the government a year ago.

A year ago, I called an emergency meeting with government officials at which I insisted on having a national framework position that would clearly define our conditions and red lines. I continue to advocate for that, Radev answered the question whether Bulgaria should maintain the position or give up.