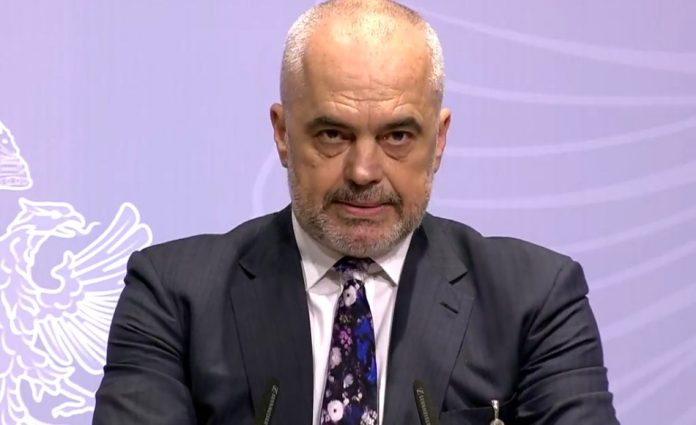 I decided to sue this journalist to German courts and in that blessed country, where justice is not a game of investigation secrets and the dignity of people and states is respected as a value no one can undermine, let see who’s right and who’s wrong in this story of injustice!, Rama announced on Twitter.

The journalist Peter Tiede promptly replied that the tapes are authentic.

Mr. Prime Minister, you want to sue me? Because of lese majeste, or why? The tapes are real. Or do you doubt the material of your prosecutors? In Albania you can not sue me: which court works? Glad you recognized that, Tiede replied.

The first batch of recordings, published by the Bild newspaper, revealed discussions among drug barons who are planning to use their money to purchase votes for Edi Rama’s Socialist Party.
In the additional cache of wiretaps, Rama himself is heard talking, and the context of the conversations allegedly also revolves around vote rigging. The tapes enflamed the protests against Edi Rama’s Government, which are expected to culminate at the end of the year, when Rama wants to hold municipal elections which the opposition rejects and President Ilir Meta declared invalid.