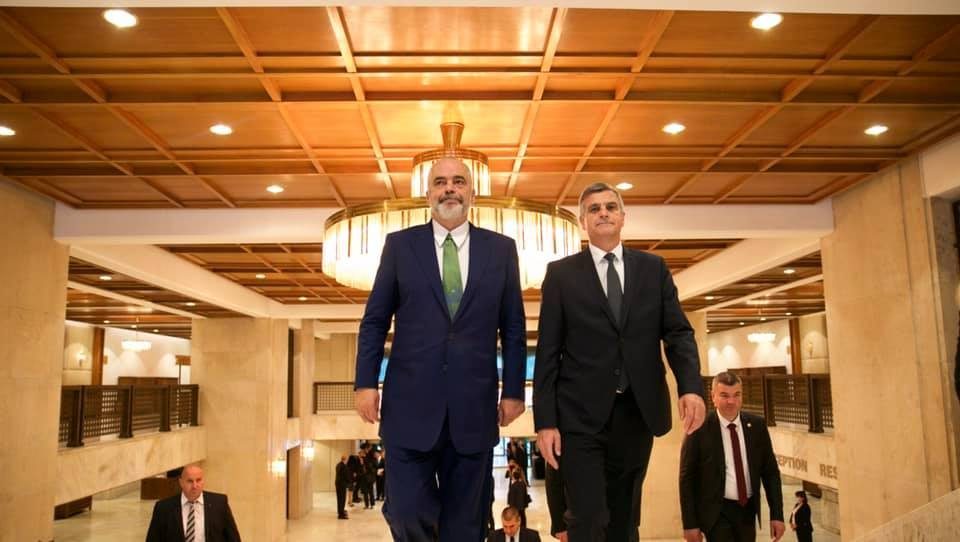 The Prime Ministers of Bulgaria and Albania discussed bilateral relations and current issues on Albania’s European agenda and Albania’s EU path, as well as opportunities for further cooperation of common interest in a number of sectors such as the economy, agriculture, mining, energy and high technology.

As MIA reports from Sofia, relations between Bulgaria and Albania are developing in a good way, according to Bulgarian Caretaker Prime Minister Stefan Yanev.

We have no open questions, Yanev told a news conference after meeting with Albanian Prime Minister Edi Rama.

According to him, bilateral issues should not be resolved at the international level.

The framework position on the Republic of Macedonia is the one that Sofia defends. Issues with Macedonia can be resolved only on a bilateral basis without interference, said Yanev.

According to the Albanian Prime Minister, there are no issues in cooperation between Albania and Bulgaria.

We will respect all friendly countries, Bulgaria and the Republic of Macedonia should resolve their issues. Others cannot replace what both countries need to do. Bulgaria as an EU member is mature and has everything and remembers when it was in a different position, Albanian Prime Minister Edi Rama said in Sofia.

Rama pointed out that Albania does not take sides in the dispute between Bulgaria and Macedonia.

We hope and support the two countries – the Republic of Macedonia and Bulgaria to talk and resolve their mutual problem. Of course, the EU is making great efforts, but it depends on the Bulgarians and Macedonians. I cannot take sides so as not to complicate matters further, Rama said.