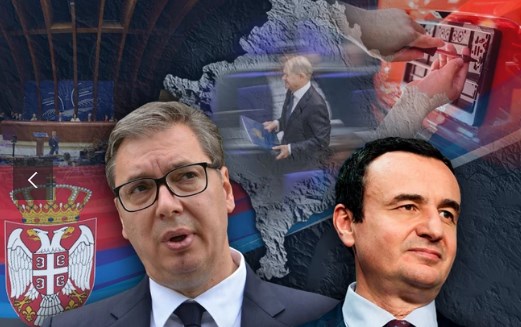 European Union efforts to defuse tensions between Balkan neighbours Serbia and Kosovo fell short at talks in Brussels on Monday.

Borell said the proposal provided a compromise to resolve a conflict about new car plate regulation by the Kosovar government, which stipulates Serbian-issued car number plates will no longer be allowed for Kosovo residents.

This regulation came in response to the fact that Serbia does not recognize plates registered by Kosovo since its declaration of independence in 2008.

The proposal provided, among other things, that authorities in Kosovo should suspend measures enforcing the new rule. Serbia, in return, would need to stop issuing new number plates to people in Kosovo.

Numerous ethnic Serbs resigned earlier this month from their posts in Kosovo‘s institutions such as the police, judiciary, parliament and municipalities.

Local media BalkanInsight has reported on cases of arson in recent months targeting Kosovo Serbs who had their licence plates replaced with Kosovo ones.

After the talks ended, NATO Secretary General Jens Stoltenberg emphasized to all sides that confrontations in the dispute must be voiced. He added that NATO troops stationed in the area will remain vigilant.

US Ambassador to Kosovo Jeff Hovenier said in a tweet that Washington asked Pristina to “postpone for 48 hours the imposition of fines” to allow the US and the EU to “further engage the parties to find a solution.”

“I accept [Hovenier’s] request for a 48-hour postponement on imposition of fines for illegal ‘KM’ (and other) car plates. I am happy to work with the US and the EU to find a solution during the next two days,” Kurti replied in a tweet.

“Both Prime Minister Kurti and President Vucic will need to make concessions to ensure that we do not jeopardize decades of hard-won peace in an already fragile region,” US Department of State spokesperson Ned Price said in an earlier statement.