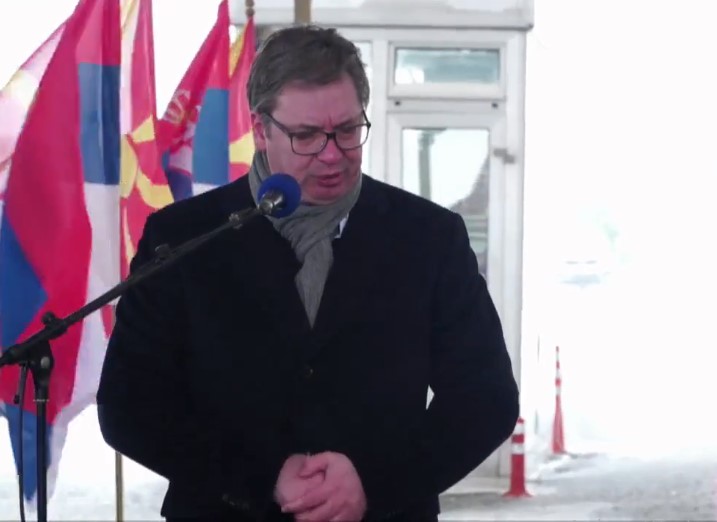 Serbia’s President Aleksandar Vučić on Tuesday arrived in Sarajevo and delivered 10,000 doses of vaccines against coronavirus which he had previously announced would be a gift to help Bosnia and Herzegovina, which is faced with difficulty in implementing it vaccination plans.

The cargo was delivered on the Serbian government’s plane along with Vučić, who immediately headed for talks with the tripartite presidency whose members welcomed him at the airport.

After meeting with the presidency Vučić addressed the press and said that it is now up to Federation entity authorities to decide how to use the vaccine and that Serbia is prepared to deliver additional shipments “of whichever vaccine” BiH wishes.

He added that in the current situation, when there is a shortage of vaccine throughout the world, countries in the region need to lean on each other.

“This is my call and appeal…that we, Balkan nations, help ourselves the most,” he said.

BiH presidency chairman Milorad Dodik said that this was a big thing because Serbia could have used this vaccine for its own citizens, while the Croat member of the presidency, Željko Komšić, called on citizens, regardless of different stands on Vučić and his gestures, to focus on the fact that this donation can save at least one more life.

The Bosniak member Šefik Džaferović thanked Vučić for the solidarity he has shown in the situation when global vaccine procurement mechanisms have failed, but underlined there were still many outstanding issues between the two countries that need to be resolved.

The vaccine delivered by Vučić is part of the Covishield contingent that the Serum Institute in India produces for Oxford-AstraZeneca. The vaccine has not yet been approved for use on the European Union market and the Council of Ministers of Bosnia and Herzegovina had to conduct an emergency meeting this morning to accept the donation, under the condition that it is tested and approved by the country’s Medicines Agency. Bosnia’s Foreign Minister Bisera Turković particularly insisted on that condition.

Vucic: We are looking for ways to further assist Macedonia and Montenegro in vaccination

The first delivery of vaccines from Serbia arrives tomorrow