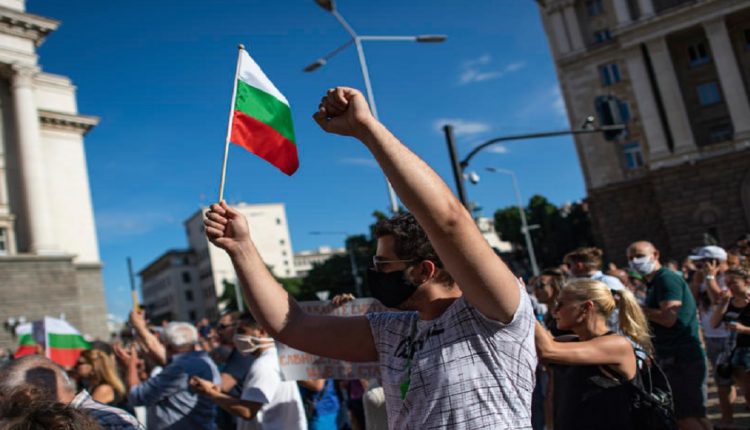 Bulgarian police arrested seven protesters yesterday evening, during the tenth opposition rally held in the capital Sofia and in other cities. The arrests were made for disturbing the otherwise mostly orderly protests.

Protesters demand resignations from the Boyko Borisov Government and the Public Prosecutor after a powerful oligarch linked to the party representing the Turkish and Roma minorities took over a public beach and had his official security detail remove the Bulgarian flag planted there by activists.

Borisov tried to mollify the protesters by firing his ministers of finance, interior and economy but that did not stop the protests.